I was done dating. I hadn’t in over a year, and over the course of that time I had not missed it at all. In fact, it helped me. I felt stronger and more confident. Like a burden and an expectation had been lifted from my life.

My plans were all set for the long holiday weekend. I was hosting a bunch of international guests on Friday night, and I’d be dining at friends’ homes for the other three meals. I received several invitations for the Friday night meal, all of which I had proudly turned down. For I was hosting on behalf of Shabbat of a Lifetime, and nothing was getting in the way of that!

Well, nothing except the unpredictable tourist industry. After copious amounts of planning and several invitations turned away (none of which I remembered), my group cancelled, and I was left high and dry for Friday night.

I was extremely disappointed and a bit ticked off. But once I got over all of that, I called a friend who I was quite certain would be happy to have me over for Friday night, even though I was already going there for a meal the next day. And sure enough, now I was all set to eat at Tania’s.

Meanwhile, elsewhere in Israel things were happening in the stars. Some grand manipulator of circumstances was playing games with the universe.

And a lovely and talented young lady had also accepted an invitation to join Tania for that same Friday night meal.

But there’s so much more to her story! 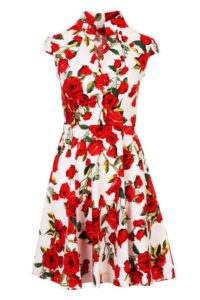 Devorah had thought about marriage once or twice over the years. And five years earlier she was so sure her time had come, she had even gone so far as to purchase the dress she planned to wear at her own engagement party. Sadly, this beautiful dress had been sitting in her closet collecting dust for all these years.

Devorah decided to wear her engagement-party dress that weekend. For the first time ever.

As Fate Would Have It

A series of events would lead to Devorah and me to the same meal, that wonderful fateful day. I still remember thinking to myself that I hope I sit next to “that girl”.

And sure enough, there we were. Decades of waiting for an easy break in the world of relationships, and finally two people who would later connect on levels I’ve never imagined possible, were sitting side-by-side at a Friday night dinner in Jerusalem.

But this isn’t Hollywood, ladies and gentlemen. There wasn’t romantic music playing in the background as we rapidly discovered one another. There was no magical love-at-first sight moment. I didn’t sweep her off her feet. If anything, I just found myself sitting beside an extremely interesting, very attractive girl… who in my mind could never possibly feel anything remotely similar about me. 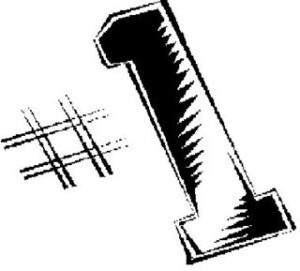 You see, I’ve got two problems at hand here. Number one, I’m a guy. We’re not the brightest of genders. Not always in tune with ourselves or the situation at hand. And even though Devorah had already starting catching on that there was more than meets the eye, I was stupidly oblivious. I’ve often quipped that women should walk around with two sets of cards in their pockets: One type that says ‘interested’ and one that says ‘not interested’. At the most opportune moment, she should hand the guy in question the appropriate card, and leave no room for confusion.

Instead, we guys will wander through life clueless, rarely knowing the difference between chatting and flirting. Often asking out people who will turn us down. And more often, never finding the courage to ask out those who would gladly be with us.

I've got two problems at hand here. Number one, I'm a guy. We're not the brightest of genders. Not always in tune with ourselves or the situation at hand. Click To Tweet 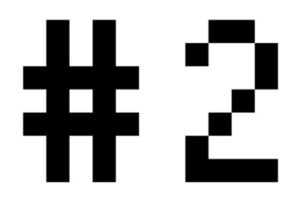 We’ll come back to that later. Repeatedly.

But for now, back to the Shabbat table. Devorah had long figured out that there was something in the air between us… and watched amusedly as I scarfed down three servings of the amazing fruit salad she had brought. She came up with a plan for how we could spend a bit more time getting to know one another, but that would be the first of many foiled attempts. 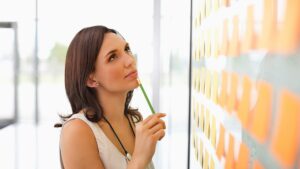 We had a mutual friend at the table who always offers to walk her home. But that friend had grown tired, and Devorah stalled long enough that he was forced to trot on home by himself. In a matter of moments, we would be able to leave together, and get to know each other one-on-one. But it wasn’t our time just yet. And before that could happen, some other friends came over to visit. We all chatted together for a while… and we all left together. We didn’t get to speak at all. And the magical beginning of a relationship would not start that day.

Devorah woke up the next morning knowing something was drastically different in her life.

And oblivious ole Yitzchak woke up the next morning, drank his coffee, walked his dog, and went about his day as if nothing at all had happened.

Our story had yet to begin.