Almost two decades ago, I started dating with a fury. I was visiting shadchanim and going on dates just about every week.

And I was miserable.

At the time I was living in Israel, watching all my friends getting married, and itching to find my own soulmate. Arguably pathetically desperate.

I went to many, many shadchanim. This word loosely translates to matchmakers (and very humorously is also the word in Hebrew for staplers). No, Shadchanim are not what you might picture from Fiddler on the Roof. It’s a fairly modern version of a similar idea. They’re simply people who maintain lists of guys and girls, and try to attempt to intelligently pair them up.

I don’t want to crap on the profession (or hobby). But I can definitely say it was a system that failed me terribly.

To start my tale, I want to tell a few stories from my pre-marriage attempts to meet people through the “system”. 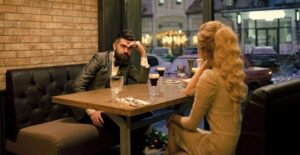 I recall sitting in a hotel lobby with an Israeli girl. We attempted polite conversation, but failed miserably. And to make matters all the more uncomfortable, she was very clearly a gold digger. I don’t really have a problem with that per se… however, at that point in my life I was working as a sofer (scribe), and living on scraps. How do you tell your gold digger date that you’re living in a caravan for $90 a month, and still sometimes struggle to make rent?

Afterwards I went to the shadchanit (female matchmaker, singular of shadchanim) and politely asked her what she saw that made her think we would be a good match. And that’s when she said two words that will forever live in my mind in infamy:

I still get angry even typing the words.

For God’s sake, if the only thing Shadchanim can find in common between two people is something wildly trivial, and they completely ignore all other details that show the match is not a good one, they need another hobby!

If the only thing Shadchanim can find in common between two people is something wildly trivial, and they completely ignore all other details that show the match is not a good one, they need another hobby! Click To Tweet 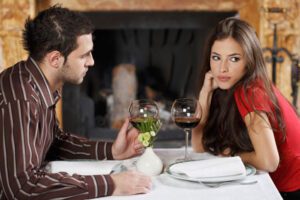 Another odd moment I had during my shadchanim adventure involved a young lady who sat across from me and stated without a shred of irony that she can’t believe how anyone can call themselves Lubavitch and not believe the Rebbe is the Messiah.

Now for anyone who has no idea what I’m talking about, the Rebbe is a reference to the leader of a Chassidic group (Lubavitch or Chabad) who died in 1994. A rapidly quieting faction decided that despite his death, the Rebbe was in fact the Messiah. There is a minuscule portion of the Jewish population who believes this. And then there are the rest of us, who find the idea to be anywhere from inane to repellent.

My thoughts upon hearing that my date held this position with extremely aclacrity:

“Well… I guess the rest of this date’s a formality… “

Shadchanim and Looking for a Little Growth 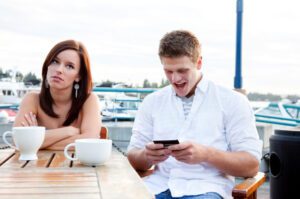 Once I went to a shadchanit who sat with a little rolodex of eligible guys and girls. You would tell her a little about yourself and she would flip through her little card catalogue from an era gone by, trying to see who might be a fitting match.

I described myself, as one might in their early 20s, as being very spiritual. Constantly searching. Looking to grow and become a better person every day of my life.

At least twice during our little meeting, she said something along these lines:

And then she would continue fiddling with the rolodex looking for the next candidate.

And I just stood there. Dumbfounded. Wondering what their conversation must have looked like.

“Hi, my name is Samantha. I would like to find a person with whom to stagnate and stay the same forever.”

Nearly two decades later, I still have no words.

And along with the no words, there is no segue that does this final story justice.

Many moons ago I was hired to work as a security guard at a festival in Jerusalem. The workload was very light, but it is not within the capability of an Israeli boss to just to let you sit there and do nothing. When in doubt, they make up stuff to do.

And there I was. Appointed to stand next to the stage, and told my sole responsibility was to arbitrarily tell people they couldn’t walk past the area I was blocking.

And then, of course, everybody and their sister not only needed to walk through that area, but there was no other choice. And it was a matter of life and death.

One young lady stood in front of me. She gave me a sob story about how she had asked the people at the front entrance to use the bathroom, all so she could sneak into the concert. But alas, now she had a change of heart and wanted to leave. However, if she went out the way she came, they would know what she did. The ONLY way she could go to avoid trouble and embarrassment was the path that I was blocking.