Filled with so many interesting changes. The most profound of which become clearer with each passing year. One of the most fascinating parts of adulthood for me has been watching some of my perspectives switch in ways I never thought imaginable.

I’d like to explore three tremendous ways I’ve changed as I’ve watched the years go by.

1) Adulthood: It’s Not OK to Hurt Others 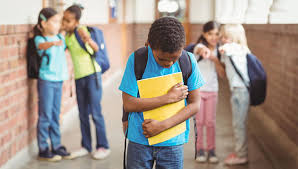 With less than zero pride I can safely say that I was a bit of a jerk in college. I stepped on more than a few people along the way, and I did so with no fear of consequences.

The concept of “burning bridges” is a forever shifting one in my mind. And it was highly shaped by an incident a few years back. I was sitting in my office and received a message asking me for an evaluation of a former colleague who was interviewing for a job.

So many thoughts flashed through my mind at that moment. This former colleague was in essence a boss of mine. And not a very nice one. In my estimation, he was not great at his job, and in particular I found his attitude toward me to be, well, less than welcoming.

And here I was. I had, to a certain extent, the fate of this man’s job in my hands. Just a few years earlier he was in charge of me, and now in a complete reversal of fate, all I needed to do was squeeze just a little, and I could have a major impact on his future. 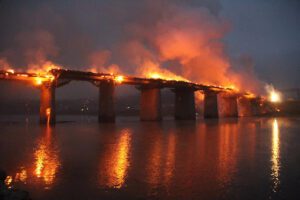 Most people don’t realize that the concept of burning bridges is bi-directional. You never know who will become important to you later in life. You never know from whom you’ll need to ask a favor. And when the time comes, you better hope to God you didn’t treat them like garbage.

For the record, I chose not to toss him under the bus. Although I also chose not to sing his praise, which in many ways just might be the same thing.

The primary point is: There is no one you meet in life for whom you should think of as small or insignificant, so much so that you can act with no foreseeable consequences. In the blink of an eye, everything can change, and the person you innocently mocked or gently bullied can hold sway over your life.

There is no such thing as a person to be discounted. It’s not OK to hurt others. And the consequences of doing so can haunt you for the rest of your life.

The concept of burning bridges is bi-directional. You never know who will become important to you later in life. You never know from whom you'll need to ask a favor. And when the time comes, you better hope to God you didn't treat them… Click To Tweet

2) Adulthood: Stirring up Trouble is Not a Virtue 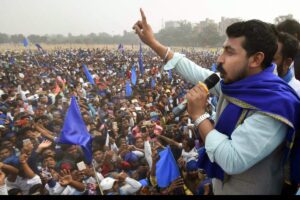 Alongside of such less than prideful aspects of mine in the college days and before was my flair for the dramatic. My drive and excitement about “stirring up trouble”. About creating a ruckus.

Truth and fairness were pushed aside for the sake of creating a visible and shocking presence. And I was good at it. It’s an unfortunate part of adulthood, recognizing that just because you have certain skills does not mean you should use or abuse them at every chance. In some ways, others may have continuously pushed me to use those skills for the wrong reasons. But I take full responsibility for any of my own actions.

On the other side, looking back at so much I’ve said and done, I pray every single day that I can place reason and kindness over such petty things as needing to please others, seeking attention, or “being right”. There is no greater affront to reasonable behavior than the desire to be correct all the time. It is pure hubris and does nothing to make the world a better place or to improve ones own character.

3) Adulthood: A Change in Politics

I think one of my most profound changes as I arrived into adulthood was finding balance in political perspectives.

When I was in college, I was a member of a right-wing Zionist group. It had a very narrow, black and white view of the political scenery in Israel. Which in many ways is easy and comforting. It’s a simpler lifestyle to ignore grey areas and just see the world through one perspective.

But it’s not realistic. And it’s ultimately childish.

Everything became exacerbated by circumstances. I lived in Israel through seven years of an horrific Arab revolt that resulted in countless Israeli deaths, including one of my neighbors. These events just caused anger to boil up inside of me. And this further prevented me from looking at issues with any semblance of nuance.

But a handful of events and circumstances took my viewpoint and threw it to the ground.

First was when I was walking along one day with a friend, an Arab who had converted to Judaism. We saw some Arabic graffiti and I asked him what it said. I assumed the worst. Hateful malice. Bloodthirsty, violent rhetoric. But no. Just a teenager professing his love for someone.

And in one simplistic moment, I was reminded that people were people. Politics doesn’t rule their lives any more than it rules my own. It’s just another bunch of humans on the other side of the tracks, who eat, drink, and sleep, just like I do. They are complex and filled with a plethora of emotions.

b. Parents are Parents

A while later I was sitting in the American Consulate in East Jerusalem. An Arab woman kept on staring over at me and my baby with what I could only assume was contempt.

After enduring the piercing glares for quite some time, she finally spoke. She apologized for looking over repeatedly, but she had a child the same age, and couldn’t help but looking over at me with my baby since she just missed hers so much.

So SO easy to misinterpret intentions, and project feelings on to others that aren’t even close to real.

Finally, I took a job in Kansas where one of my best friends at work was a devout Muslim. We had lovely conversations and an amazing time hanging out.

And it wasn’t until later that I realized he and I had far more in common than either of us had with just about anyone else in the building, which was filled predominantly with practicing Christians.

We had similar dietary needs. Our holidays were more parallel than I had previously understood. And our cultures were remarkably connected.

A few people throughout history created animosity and discord that wasn’t there beforehand and should never have existed, and we in the modern world continue to suffer through the pain of other people’s unnecessary conflicts.

May we all be blessed to grow and mature with each passing year. May we be discerning enough to see the folly of our ways. And may we all learn how to live together in peace and harmony.