I’ll be the first to admit that I am hardly the best parent in the world. I’ve got worlds to learn about parenting and I’m certainly not an authority figure on the subject.

However, I have four beautiful angels in my life. For nearly 15 years I’ve been working harder every day to become a better parent. This post is about five parenting life lessons I’ve learned along the way. 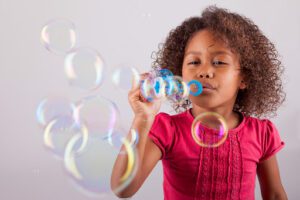 My children will never forget several years ago when we were in the car and the stress levels were off the charts. One of my darling daughters was having the meltdown of the century, and repeatedly shouted at the top of her lungs, “I want to go home!” Each word was said slowly, loudly, and with purpose.

Unfortunately, taking her home was not yet an option at the time, and my other children and I were about to go insane.

On a whim to never be forgotten, I made up a song on the spot with the unforgettable lyrics of “I want to kill a dolphin.” This was followed by an adorable little “Doo doo doo”. Every time she would start another slow and drawn out “I want… “, I would finish her sentence with “kill a dolphin” and my other kids would chime in with “Doo doo doo”. Before you knew it, even my daughter in full-on meltdown mode was singing along with us.

To this day, my kids and I use that song when things get tough or someone needs a distraction.

Never underestimate the power of good, creative actions to quickly move children away from what’s bugging them and pull them to a happier state. And without them even realizing it happened!

*As an aside: Please note that no actual dolphins were harmed in either the creation of our family song, nor in the composing of this post. If the content of this section has offended or upset you in any fashion, please contact my legal team with your concerns at iseriously@dontcare.com.

Never underestimate the power of good, creative actions to quickly move children away from what's bugging them and pull them to a happier state. Click To Tweet 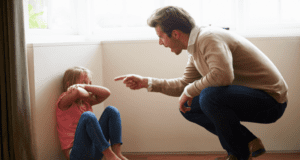 Fact of the matter is, there has never been a moment in my life where I’ve looked back after screaming at a child and said to myself, “Well gee, I sure handled that situation like a champion.”

However, this appearance not only can be damaging for children in the long run, but is ultimately ineffectual as well. For long-term success and a feel of love, safety, and security in your children, it’s almost always worth looking for another path. 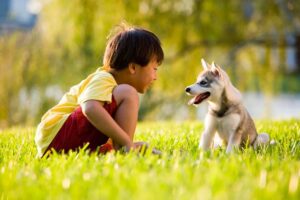 Getting a dog was one of the best decisions I’ve ever made. Yes, dogs are fun and entertaining. They are loving and loyal and protective of your children.

These are all fantastic things…

But for me those were all secondary.

I had two daughters deathly afraid of dogs… so I got a dog!

There was some adjustment, for certain. But my little six-year-old who used to cower in terror when a dog walked by, can now go with me to a dog park and play with each and every pooch, without a shred of hesitance.

4) Parenting and the Punching mattress 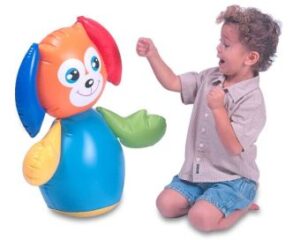 This one was accidental, and so effective.

Sadly, my apartment is not so big. So when my kids come over, they’re practically on top of each other. It could get very hairy sometimes.

Unfortunately, in the midst of terrible moments where kids have gotten extremely aggressive with each other, I’ve had to physically separate them, something I absolutely hate doing.

But it solves nothing if I cannot calm the separated child down. They’ll just head back out of the room, and before you know it, we’ll be right back where we started.

So, here I was. Standing in my bedroom with my youngest child. She was hysterical. Crying. Screaming. It seemed like there was going to be no way to come down from the situation.

And it was going to be a long and rather unpleasant evening.

I have several mattresses in my room leaning against the wall, and on a whim I suggested that my daughter punch the mattresses. She gave it a swift and angry (and adorable) kick.

I could see by the look in her face that something positive had just happened. I suggested she do it again. And then again.

Within a few minutes she was laughing and smiling. She left the room and was an angel for the rest of the night.

Teach your kids non-destructive ways to get out any and all anger and aggression. The results are remarkable! 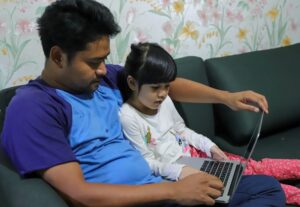 My children cannot stand any inequalities. Everyone needs an equal  amount of time sitting next to me, sleeping in the bed of their choice, amount of dessert received, and the list can go on forever.

This is an ideal that is basically impossible. The only way to get anywhere near some semblance of success requires lots of planning, and an even larger amount of creativity.

One thing is for certain though: Do nothing and just make your decisions on the fly, and disaster will ensue.

Many people don’t think of planning in its relationship to parenting. You wake up in the morning and you’re a parent, like it or not. So you just start going through the motions of the day, with parenting just being one of the things that you do, like putting on your socks.

But like so many things in this crazy world, a break to sit back and think about everything is welcome and highly recommended. No one knows your kids better than you do. Leverage that power. Plan ahead. Think about how decisions might impact them. Calm the fights before they ever happen. A little thoughtfulness can go a long way to making everyone’s lives infinitely better (including yours).