I spoke in my last post about how the beginning of my Jewish journey: my chance invitation to a youth group meeting followed later by accidentally wandering into a Chabad House.

I want to take the next few posts to take an in-depth look into my religious journey, really turning over all the pieces and exploring how they got me to where I am now.

First, a bit about my religious background.

There’s very little to speak about. In my household, we had a pretty simple Jewish upbringing. Judaism was certainly a part of our lives, and we by no means identified by any other religious group.

However, synagogue attendance was not in the mix. Israel never came up. And I don’t believe I had ever even heard the terms “Sabbath” or “Shabbat” as a child. 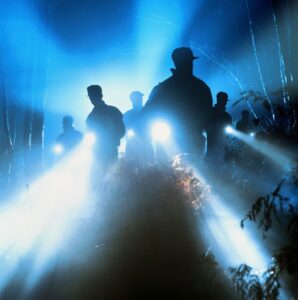 I can’t say I felt much Jewish pride. But Jewish is all I ever was, and I never had a yearning to be part of any other group, religious or otherwise. But I was definitely searching. There was most certainly a piece of my soul that wanted something different. Something bigger and better.

Unfortunately, children have a painfully hard time searching. Most families inundate their children with ideas they “need” to believe, which goes completely against the concept of belief in general.

One of the greatest gifts my parents ever gave to me was encouraging me to be open-minded and curious. These precious qualities have been there since the beginning. I will take them along wherever life brings me, and I hope I can do half as good a job imparting these treasures upon my own children.

I found myself ravenous for knowledge and spirituality in my teenage years. But young people are notorious for being clueless about how they do… well… everything.

I didn’t look for knowledge in my school books. I didn’t look for wisdom from enlightened or intelligent people. All I wanted from life was happiness, with no clear definition, and a less clear path for how I would seek it.

Most families inundate their children with ideas they 'need' to believe, which goes completely against the concept of belief in general. Click To Tweet 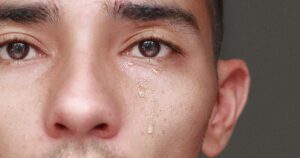 And then tragedy struck my life and sent me in a whole new direction.

There are many ways to respond to tragedy.

We can crawl into a corner and give up, and we can drink ourselves into oblivion. We can progressively allow things to worsen and worsen, and watch as our live’s tragedies pile up on one another.

Or we brush the dirt off our shoulders, stand up with pride, bandage our wounds, and get back to living life again.

But now it will be better than before.

Why? Because we have learned a powerful lesson. There are errors we refuse to ever make again. We see life from a stronger, more informed perspective. And everything moving forward will be better than it had been before.

So when someone suggested I give a Jewish youth group a try, my new self said that I had nothing to lose. It would be different than anything I’d experienced up to that point. And that was exactly what I needed, since the results of what I was already familiar with were hardly pleasing.

It took no time at all before I immersed myself completely into my new youth group. The people I met were fantastic. The conversations I had were unbelievable. Everyone was deep, passionate, and knowledgeable.

I found my niche. 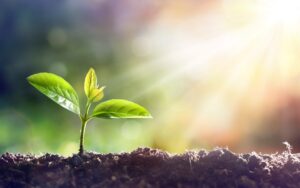 Now I was at the highest point of everything. And loved every moment I got to spend with my newfound passion.

Before I knew it, I was so heavily involved, my childhood dreams of one day being a professional wrestler were pushed aside for my imminent goal of being a rabbi, the peak of learning and influence in Judaism’s reform movement.

There were two guiding principles in reform Judaism’s philosophy that escorted me every stage of the way, but were also my undoing as far as staying on this path.

The first principle was an ultra-powerful intellectual honesty and curiosity, where wisdom could and should be absorbed from any and all sources, Jewish or not Jewish, believing or non-believing. We were at the forefront of liberal thought, which meant all opinions were to be respected and honored.

The second principle is what they called “informed choice”.

This was a bit of a mantra in the Reform Movement, and it’s the movement’s pride and joy. This was the basic explanation given to me at the time:

Judaism was like a large, open menu. We search through this menu, deliberating on the many amazing choices before us. We research and explore and ask questions.

And we try things out, see if we like them.

And ultimately we decide which items on the menu we wish to retain and make parts of our lives, and which are items we will leave behind due to lack of interest or because the item does not match with the outcome of our intellectual rigor.

So in the end, each member will create their own unique version of Judaism, pulling from the same basic group of choices that mainly stem from Judaism throughout its existence. 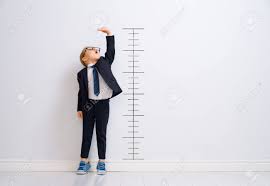 In lots of ways, “Informed Choice” is a lovely concept that I still believe in to this day, despite the fact that it’s been two decades since I’ve had any connection to Reform Judaism (outside of maintaining some lifelong friends, and a really hefty nostalgia).

These two ideas are very special to me, and took me quite far.

However, I do believe many wield them around inaccurately and dishonestly. If one maintains that all opinions are important, but shuts out certain perspectives and/or prevents access to them, this is the opposite of intellectual honesty, and it’s like taking the aforementioned menu, ripping out a page, and hiding it in the basement.

It’s because of this that major changes would need to occur in my life, which I will be speaking about at length in my next post.