Last year was hell for me. Living almost four decades with the primary goal of being a family man and exceptional father, only to find yourself an ocean away from your most precious commodities, is jarring at best. Downright destructive at worst. I found myself seeking ways to fill in the gaps in my life. I needed outlets, ways to occupy my time, thoughts, and emotions, so that not only would I not go insane, but I was able to actually maintain a fulfilling life, until I could embrace my children once again.

These are ten ways (many of which I will write much more about in the future) I occupied my time that kept me breathing, and kept me smiling, while I readied myself to return to my children. This is how I survived: 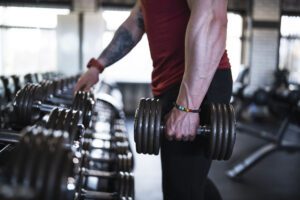 I used to be chunky. And living a healthy lifestyle was far, far from a goal of mine. About 15 years ago I was diagnosed as pre-diabetic, and it finally hit me that a few decades of not taking care of myself had taken its toll. I started laying the foundations for a complete life overhaul, realizing that not doing so literally could kill me. And then I proceeded to do the classic process of yoyo dieting. I lost a ton of weight. Gained it all back. Did the whole ordeal over again. And I swore to myself this would never happen again. The next time I got serious, it would be for good.

And there I was, with all the time and motivation in the world. I got my weight down to where it needed to be, went to the gym 5-6 days a week, and immersed myself in a healthy lifestyle. I can honestly say the gym saved my life. Yes, of course my health was fantastic and I looked much better. But more than that, the gym became my therapy. Days I couldn’t go were painful, and if something ached physically, I just worked around it. The good feelings the gym produced in me kept me breathing, kept me living, kept me happy despite feeling at all times a hair’s breadth away from breakdown.

World Gym, you deserve to know, you may have literally saved a person’s life.

I was very fortunate to find an organization in Kansas City that organized volunteering exactly the way I like it: Hands on, super busy, and non-stop from the time you arrive until the time you leave. These were volunteer activities that were not about donations or photo opportunities, but amazing organizations that legitimately needed help. And lots of it.

I was able to sign up for all sorts of programs, sometimes several a week. And I always left feeling, in whatever small way I could, like I made the world a better place. When I was up at night staring at the ceiling, wondering how I got to this crazy place in life, the days when I volunteered, I went to sleep content. I went to sleep knowing somebody, somewhere was better off because of my efforts. I may have not been there for my children the way they needed, but at least I was able to still do my part for the world at large.

I went to sleep knowing somebody, somewhere was better off because of my efforts. I may have not been there for my children the way they needed, but at least I was able to still do my part for the world at large. Click To Tweet 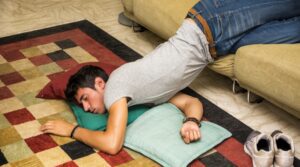 I was reading a fantastic book (OK, fine I was listening to it in my car), and there was a whole section about how to make travel affordable. The author mentioned a website called Couch Surfing, a site for travelers who are looking to simply “crash” with some well-meaning folk who just love to have passersby stay at their homes. I was instantly intrigued (though not as a traveler).

I started hosting people left and right. By the time I left my Kansas apartment, I had hosted 31 different people (including a Tasmania-based death metal band called Psycroptic!) and I was psyched to keep this hobby going in Israel (at the time of this post I’ve hosted 58 surfers from nearly 20 different countries in the ten months I’ve been in my little Jerusalem apartment).

Hosting couch surfers is an unusual hobby, I’m aware. There are some obvious benefits to doing so. I now have friends all over the world, which is definitely wonderful.

But I think there’s a much deeper reason why I do this. A husband and father are (or at least should be) givers. People who give day in and day out to others, with no expectation of reward or even necessarily gratitude. And there I was, hosting people all the time who could use some shelter, a warm blanket, a glass of water, and a place to charge their phone. And once again, I got to give to others and be who I was meant to be. 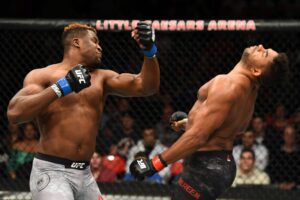 It’s very odd not growing up a sports fan in America. It’s like you’re living in a universe different from all those around you. They’re excited by things that bore you and they speak a language utterly meaningless to you.

For nearly four decades I had no clue what it was they were excited about, sitting baffled as the conversations went on and on, replete with intricate statistics. I couldn’t understand it… until I found myself rattling off fighter statistics in the midst of a long and involved conversation about upcoming matches. Something happened. Four decades of confusion finally made sense to me. I had to find the right sport… but I was officially a sports fan.

5) I Survived: Clinging to My Community

Sometimes the solution is hidden in plain sight. I could have been anywhere when my kids left me. But I wasn’t just anywhere; I was in the heart of the warmest community I’ve ever been.

I’m a New Yorker, born and raised. Yes, I often talk too quickly, and I still have this entrenched belief inside me that New York is better than everywhere else, and I feel subways are the absolute best form of transportation. The problem with being from New York–or seemingly anywhere along the coasts–is you miss out on this amazing gem known as the Midwest. It’s affordable, friendly, and surprisingly fun and entertaining.

The Overland Park, Kansas, community became my family away from my family, and I loved being a part of something so special. And despite only living there for three years, and despite the craziness that I went through while there (divorce, kids moving away, the end of my teaching career, etc), I oddly feel a stronger connection to there than anywhere else I’ve ever lived.

And I very proudly wear my Kansas City t-shirt all the time!

6) I Survived: Clinging to My Parents

There are no two people in this world who I trust and appreciate more than my parents. They’ve given me four decade’s worth of reasons for this. They exemplify the true spirit of selfless, unconditional love. And they’ve been with me every step of the way without missing a beat.

And I could NEVER have done this without them.

I’ll never forget the time when my ex-wife had to have emergency gall bladder surgery. My parents dropped everything (including cancelling a non-refundable vacation) to come help us and be with us in our time of desperate need. We didn’t ask for it. They just did it. That moment was the day I learned the difference between family and friends. Close friends are fantastic, and can become like family. But true family is on a whole different level.

7) I Survived: Clinging to My Friends 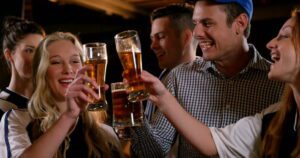 That being said, my friends were right behind my family in helping me survive that fateful year. Whether it was listening to me, housing me, drinking with me, or just reminding me all the time how much they cared, I will never forget how amazing my friends were when I needed them the most. And I will never be able to adequately convey my gratitude.

8) I Survived: Going Beyond My Comfort Zone

In my situation, the norm would be to regress. To become less of a person, so to speak. The best one could hope for might be to maintain status quo, to at least not become a worse person.

But that’s not in my nature, and it’s not the person my parents raised me to be. Yes, my life was in turmoil. Yes, I was sad and battling vigorously against depression. But stagnation is not who I am. If I’m not growing, I might as well not be here at all.

I did a lot of strange things that year. I’m proud of most of them. But I’m more proud that I just followed where life took me, agreed to do things outside my comfort zone, and kept on learning, adapting, growing, and persevering. I didn’t just survive. I grew.

9) I Survived: Enjoying Whatever Connection I Still Had

My kids are young. I knew that part of my agreement in which I allowed my children to leave was that I would be Skyping with them twice a week. Thank goodness for such technology! However, what I did not know–and what no parent should ever have to learn–is that parenting small children is all about touch. Skype is great, but not nearly enough. And that sharp realization was so very painful.

That being said, I had what I had, and it was fundamental that it become central to my life. I did whatever I could to never miss the calls. I tried to give my full attention, despite all the technical mishaps, the craziness that could come along with children who don’t understand the technology, or somehow managing fighting children via a computer screen.

And despite the financial and logistical challenge, I came to Israel for my son’s Bar Mitzvah, knowing full well that I didn’t want to go through life thinking I could have been there and wasn’t. And when he came to visit me for two weeks that summer, I made sure we had the most unforgettable two weeks of his life.

It’s all just nuggets. But I clung to anything and everything I could.

10) I Survived: Holding on to Hope 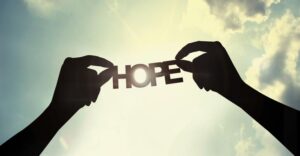 I dreaded returning to Israel for countless reasons. And I knew returning a year earlier was not within my abilities. But that’s where the treasure was located, and I knew what my future held.

If I thought for a moment that my life with my children would be relegated permanently to Skype chats and extremely rare visits, I would have been broken, no matter what I used to heal or distract me. But there was an end. Returning to my children was not a possibility; it was an inevitability. And it kept me alive from the moment I said goodbye until the moment I was able to regularly hug my children again.

That year was a nightmare for me, one I wouldn’t wish upon anybody. However, through my pain, I learned new things. I grew as an individual. I became a better version of myself. And I put myself on a never-ending path of becoming a better me, one that is enhanced a thousandfold when I’m with my children.

Maybe you’ve suffered or are suffering. I would never be so insensitive as to belittle your pain. However, fight through it. Find the right distractions. Discover new things. Grow through the difficulties. Even if it challenges you, the pain should never break you. Find out how you can fight back in your own unique way, and you’ll find yourself emerging on the other side a much better person.