The Secret to Unity: Sweat

Anyone who knows me even a little knows I’m a tad obsessed with Mixed Martial Arts. There are so many aspects to this incredible sport that I love, one of which is how level the playing field is.

People compete from all over the world. Black and white people hold titles, men and women compete on the same cards. We’re repeatedly seeing times when women’s matches are the main event for high profile Pay-Per-View events and some of the most famous and highest-paid athletes in the sport are women, something unprecedented in pretty much any athletic competition.

And I’ll always fondly remember when Amanda Nunes became the bantamweight champion. The media tried to make a big deal about the fact that she was the first openly gay champion in the UFC, and you could tell from everyone sitting alongside Amanda that to them this wasn’t a news story at all. It was normal. It was irrelevant. Amanda Nunes was gay before she won the championship, and nothing had changed now. Respect was there beforehand. And wasn’t going anywhere. 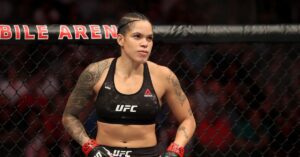 The next level in the cessation of the world’s biases is not success, but indifference.

I believe that having the second black president is far more important than having the first. The first is a big deal. The second means it has become normal. I don’t want parades and excitement about the miraculous change in American society. I want a shrug of the shoulders from everyone because something obvious occurred. We shouldn’t jump in the air with excitement because a person of color made it into office. We need get to the point where we can ignore externals and focus on character traits and policies. We need  to be able to look past any other details, because they are wholly irrelevant. 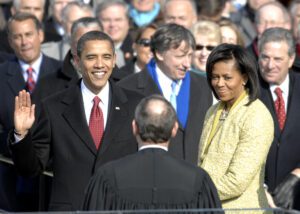 And I believe that in Mixed Martial Arts we’ve received a taste of this new world. Religion, politics, gender, and race, they do not matter. Talent is the biggest factor in someone rising to fame and success. The media might not yet understand this, but everyone in the cage putting their health and well-being on the line for our entertainment has reached this next level. They’re not hugging someone different from themselves at the end of a fight, reluctantly or to make a statement. They’re doing so because they had a shared experience through which they are united, and those other details entirely do not matter.

When I was younger I had a couple of defining experiences that have since shaped my view of the world, a view which I consider to be evolving daily.

I arrived in Israel when I was twenty. I was hot-headed and reactionary, and after a violent and awful Intifada impacted my life all too personally, I became hardened in my perspective.

One day I was walking with a friend. He was a Palestinian who had converted to Judaism. I noticed some Arabic graffiti on the walls of the Old City. Convinced that all Arabic writing must be anti-Semitic propaganda, I asked what was written. It was a silly teenage love note! Such-and-such loves such-and-such. No more, no less.

Another time I was in the Israeli Consulate in East Jerusalem, with my ex-wife and our baby. The whole time we were there an Arab woman kept on looking over at us. We felt her penetrating gaze, as she judged us with seething hatred… until she gently apologized to us for staring. She had a child at home the same age, and she missed him terribly. It was warming her heart to look at our baby!

Please don’t misunderstand me. There are real problems in Israel. The conflict here is pure insanity, and looks as if there is no end in sight, or at least not in the foreseeable future. Unity certainly feels unlikely.

But it really doesn’t have to be this way.

Unity and Waking Up 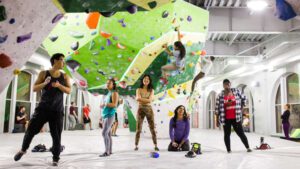 These two moments woke me up to the idea that not every Arab walking around Israel wants to cause me harm. No, they want to work, sleep, eat, and spend time with their families, just like I do. Circumstances have led to a violent confrontation between our peoples, but most of us stand on our respective sides of the fence longing for a better day. Most of us are ready to move forward and start the process of living side-by-side, moving closer to the day where the unity is no longer a hot topic… but irrelevant!

I feel fortunate that I see the answer to this question every day: At the gym.
I’ve belonged to two gyms here in Jerusalem (enthusiastic shoutouts to City Gym and Pro Fit). And despite the gyms having a solid representation from all walks of life in Jerusalem, everyone’s always getting along. There’s no conflict, no tension. We’re side-by-side, all happy that we’ve made it to the gym that day.

Maybe we’re all united in being the few people in the world who give a damn about their health. Maybe we’re all just happier than average, enjoying the endorphins rushing through our bloodstreams. Perhaps we are joined together in different common enemies. Enemies such as the guy who’s grunting ever too loudly as he does his curls. Or the dude occupying a bench in order to send text messages.

Unity: A Brief Break from the World 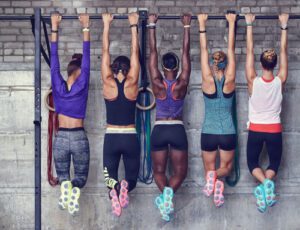 Whatever it is, I feel that every day of my life I get a brief break from those elements that cause us to walk around annoyed and aggressive. The politics, the animosity, the bad blood, we leave it all at the door and we sweat our way to a better life. We achieve unity through sweating!

Perhaps it’s all connected. Maybe the secret to people getting along is shared physical experiences (or maybe any shared experiences), and ceasing to focus on the external factors that bind us, but rather on common interests or pleasures.

Whatever it is, I feel that every day of my life I get a brief break from those elements that cause us to walk around annoyed and aggressive. The politics, the animosity, the bad blood, we leave it all at the door and we sweat our way… Click To Tweet

The media loves to draw our attention to the examples in sports of where people are not seeing eye to eye. The ignored handshake or the taken knee. Meanwhile, they’re pulling our attention away from the fact that nothing in this world brings people closer together than sports. Maybe the secret to unity in this world has been staring us in the face all along.