Really off the beaten path with my posts, but this is just a topic I’ve been thinking about a ton lately. How can I not? I’ve got two degrees, a job that has nothing to do with either of them, and four kids who will one day enter the work force.

I’d be crazy NOT to be thinking about this every minute.

Several months ago I had a bit of an argument with my father. I told him it wouldn’t bother me if my children didn’t go to college. My father is an extremely even-tempered person… but he was quite the displeased with my statement.

And why shouldn’t he be? My father comes from a generation in which the elite went to university. End of story. You were an outcast in better circles if you didn’t. There was never a question in my youth about whether or not I’d attend college. The only question was which one.

In addition, in previous generations a college degree basically guaranteed you employment.

But we’re living in a very different world now. We’re certainly exposed all the time to wildly successful people without college degrees, like these low-class slackers. Universities are getting more and more expensive (understatement), and degrees have become commonplace and by no means even come close to guaranteeing employment. So what do many do? Graduate degrees! More time outside the workforce, more debts, and still no guarantee of employment. That’s no guarantee for any employment, let alone quality employment.

Universities are getting more and more expensive (understatement), and degrees have become commonplace and by no means even come close to guaranteeing employment. Click To Tweet

This is the analogy I make when speaking with my son.

Imagine two kids in high school in America (we’ll call them Will and Bill). Will decides to take the traditional route. He studies hard, does well on all of his tests, all with the aim of getting into a fantastic college, with hopes and dreams of using his degree to launch a remarkable career.

Bill really doesn’t care about academics or college, but loves to learn and explore. When he was fourteen he found some free online program to learn a computer programming language. He kept up the studies, and by age sixteen he was extremely proficient and had already written his first program.

Will succeeded. He found his way into a top-notch private university, and even though it was well beyond his means, a small scholarship and some hefty student loans made everything possible.

Bill decided he wanted some time off before college. Instead, he found a lowly job using his computer skills. The job did not pay well, since they were reluctant to hire someone so young and without a degree. But they decided to take a chance, since he really knew his stuff. 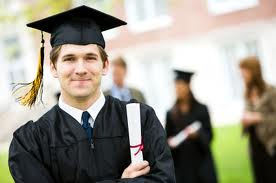 By age 20, Will was well along the way to completing his degree. He even decided on a major! True, he still lacked real world skills and was tens of thousands of dollars in debt. But he could almost taste his precious degree. Bill, on the other hand, truly proved himself at his workplace, and had since switched companies. He’s now making double his original salary. He’s still living at home, so his bank account is overflowing. (And he forgot to go to college!)

By age 23, Will is still proud of his degree, but has had lots of trouble finding employment. Everywhere he looks he’s passed over for people with experience, which he is sorely lacking. Furthermore, his debts are suffocating him. He just doesn’t know how to get himself out from under all of them.

And Bill keeps trucking on.

By age 25, Will is part of the way through his graduate degree, has more debts than you could imagine, still has no quality professional experience, but he remains hopeful. For sure having TWO pieces of paper will propel him toward a utopian future!

And Bill just paid off his first house.

But Bill’s a Failure! 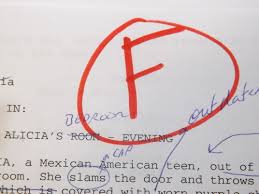 Sadly, Bill flunked calculus in high school, has zero debt to brag about, and painfully lacks in pieces of paper to cover the walls of his beautiful new home. He’ll just have to make due with professional and financial well-being.

Are either of these scenarios far-fetched? I really don’t think so. If anything, I think I’m underselling my point. Bill, with the right motivation and luck could develop a unique program and after just a few years sell it to major corporation for millions of dollars. Will could find himself trapped in a black hole of student debt that he might never be able to climb out of. (See here if you’re unsure about how horrendous student debt really can be… and you want a few good laughs too.)

And it’s not just about careers. It’s about knowledge. I grew up thinking–probably accurately–that all wisdom lay in the minds of the great university professors. I also grew up before Google took over the universe. We no longer need to seek scholars to become knowledgeable, nor do we need to pay gargantuan fees or traverse dusty libraries in search of wisdom. It’s right at our fingertips. And those who wish to learn are just inches away from easily filling their minds with a greater variety of information than has ever been available.

Obviously there are still some careers that require a degree or professions where specific degrees serve as prerequisites. Perhaps even there the system could use some revamping, but until that happens, people need to do what they need to do. But what about the other 90%? Is college anywhere near as important as it used to be? Is there any benefit to incurring endless debts in order to become a college graduate? And why would someone in this generation shell out their financial well-being for an education they can get for $1.50 in late fees from the public library?