Continuing from my previous article about the first three holes I fell into in Israel:

Sadly, in nine accumulated years of living in Israel, I have never had a positive experience as a renter.

The laws in Israel have historically been designed to benefit and protect owners, leaving the renter at the mercy to what some might say are the worst human beings living in the country.

One of my first apartments was a piece of garbage.

It had every problem you could think of, and some that were so oddly awful, one might even call them “creatively bad”.

Yes, we had the classic ant and cockroach problems (and for those who don’t know, Israeli cockroaches are about the size of hamsters). The place was filthy and needed days of cleaning. The electricity was constantly going out. The bathroom was constantly flooding. All the appliances broke quickly and repeatedly. And the landlord was always extremely slow to fix anything. 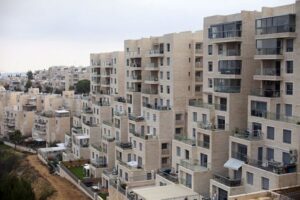 In addition, our oven only had one temperature: Really, really, excessively and uncontrollably lava hot. And whenever the oven was on, you would receive little shocks when touching the kitchen sink across the room.

We tolerated this hellhole for a period, until we just couldn’t take it anymore. Luckily, our landlord was a sweetheart. We approached him with our concerns, and he verbally agreed—with a smile—to allow us to get out of our contract and move elsewhere.

Until the day we received a letter in the mail from small claims court. Our old landlord was trying to force us to pay the rent for the months after we left the apartment. Oh sure, we stated our claims. The refrigerator broke three times, all of our food went bad, and each time it would take him weeks to address the issue.

But we had no documentation.

And when all the smoke cleared, we were forced to pay all the back rent, plus interest, plus half the court fees. We discovered later that this was the fifth time he had done this! And the legal “system” continuously let him take advantage of young, unsuspecting immigrants. I can’t fathom a reason why.

Hole #5: And speaking of insurance… 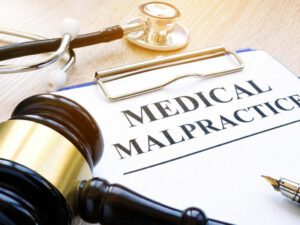 This one still perplexes me. It combines the misery of driving in Israel with the inevitable hardships of a system that hasn’t really been well thought through.

To make a long and confusing story short: My ex was rear-ended by a less-than-diligent driver.

While all the insurance blah blah was being worked out, we needed to provide a check for the amount of the damage, with a solemn promise from the insurance company that the check would not be cashed. (Please don’t ask me why; I can’t fathom an explanation.)

All I know is, one day we received a bank notification that one of our checks had bounced. It made no sense, since we had more than enough to cover the bill. However, upon checking our account we discovered that the insurance check had been cashed, completely depleting our account. Check after check started coming back to us. Late fees, bank fines, and endless phone calls to sort everything out now dominated our lives.

And the stress was off the charts.

Hole #6: Luck and Timing are Everything 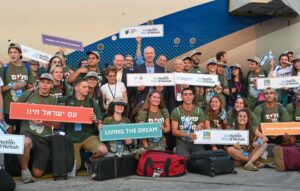 And if it isn’t bad systems that get in the way, sometimes it’s bad luck.

Timing seems to be a wildly important factor in making things work in this country. Not precision timing like one might use in athletics, but rather just dumb luck.

A great example for me would be the creation of the organization Nefesh b’Nefesh. I moved to Israel in 1997 and officially became a citizen (aliyah) in 1999. At that point in history, the process was challenging and time-consuming, and you were very much on your own. There was no reliable advice available, no support system, and it was especially complex if your Hebrew was not up to speed.

Out of nowhere, an organization appeared in 2002 that would hopefully change all of that. No more waiting in lines in dingy offices. No more cluelessness. There was someone available to help with everything from housing to jobs to everyday advice. What a great fortune… that is, of course, if you’re timing was good. I missed them by a teeny bit, and despite the fact that the organization’s been in existence now for fifteen years, and I could still use help and support, they absolutely and adamantly refuse to assist me, simply because I moved here before they existed. The best they can offer is a halfhearted, “Check the website.”

And this is a small taste of how it’s been for me since I arrived. Whether it’s a new law with great benefits, a new program designed to offer great housing benefits, or pretty much anything, I’m almost guaranteed the timing will leave me excluded, out in the pouring rain with no protection.

And the final hole (this time in the culture): Israel in general, and Jerusalem and the settlements in particular, are obsessed with marriage. Israel is a fantastic place to be young and single, and a pretty good place to be married with children; however, anyone outside of those categories is a second-class citizen.

Israel is a fantastic place to be young and single, and a pretty good place to be married with children; however, anyone outside of those categories is a second-class citizen. Click To Tweet

I’ll never forget the greatest example of this borderline discrimination when I was living on my own in a settlement. I was told from day one that I would be removed from my home if a family wanted to move there and needed the space. I just assumed they wouldn’t actually act upon it. And there I was, days before a major holiday, forced to leave my home for another, far inferior one. And I realized how little worth I had as a single person living in that location.

That’s a fairly extreme example of the practical difficulties. But the spiritual and emotional difficulties of the overall attitude are oppressive. I can’t go a day without someone trying to set me up with someone. Trust me, I appreciate the gesture. What I don’t appreciate is the implication in every corner of this city that I’m somehow incomplete or less worthy as long as I remain single.

The Pressure in Israel 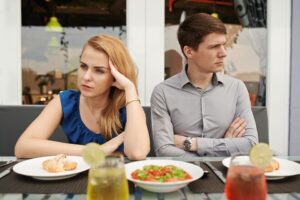 The pressure is ubiquitous and overpowering, and after not too long, and watching all your friends get married, the greatest pressure starts to come from within. I believe this pressure results in people getting married too young and too quickly, and not really thinking things through. They enjoy the excitement and euphoria surrounding being newly engaged. But do they really grasp the hard work that lies ahead of them? Have they really considered whether or not the person before them is someone with whom they want to and are capable of spending the rest of their lives?

There’s something wonderful about a community of people who wish to set each other up. However, there’s something even more wonderful about teaching others how to both date correctly, and be comfortable with who they are, regardless of marital status. They can learn to enjoy the presence of the person in front of them, rather than participate in a goal-oriented interrogation. And they can walk away from a failed date feeling whole, fully capable of enjoying their continued time as a completely normal single.

Single and divorced men and women are capable of being just as fantastic as everyone else. And marriage can be a nightmare. To imply otherwise, intentionally or inadvertently, does nothing to make the world a better place.

I wrote these last two posts (sadly, with more to come) with an uncomfortable feeling. Nobody likes to be around a complainer. And despite the fact that I’m a born cynic (a pleasant cynic, according to a friend), I struggle daily to break through this. I desperately want to be a more positive person.

Nevertheless, I feel a powerful need to tell my stories and offer my opinions, for several reasons. First, they’re a part of my identity. These experiences, for better or for worse, have made me who I am. I cannot run away from them. Rather I need to learn to embrace and deal with them.

Second, my entire purpose in blogging is the emotional release I get from writing about what I’ve been through. Please keep reading. I enjoy your kind words and encouragement. However, putting my thoughts into words is a deeply personal experience, one that benefits me even if no one else is paying attention. And for that reason, I can’t afford to hold back.