The Beginning of a Weight Loss Journey

A couple of decades ago, I was quite overweight. I’m 5’6 and I was over 200 pounds. Not a single pound came from muscle.

I got a bit of a scare when I was diagnosed as pre-diabetic, and I worked like a madman to lose nearly 50 pounds. For sure, I didn’t exactly know what I was doing, but I enjoyed watching the numbers melt away and the clothing falling off of me. I was still by no means in shape, and I had no clue what I was doing, but my confidence was increasing and lots of things that had been ailing me for years started just disappearing. For example, I had been battling chronic heartburn since as early as I could remember, and now it had simply vanished.

All was well, but…

It would seem all was well. But life is a long, insane process. And every day is a new challenge.

I watched over the next several years as my weight went up and down several times. I got certified as a personal trainer and became pretty consistent about my fitness goals. 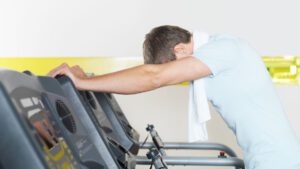 And several summers back I was in a weight loss competition with two colleagues. I won! If I remember correctly, I lost about 37 pounds that summer. When the summer ended, and I was crowned champion of our competition, I recall standing in my office when someone came in and left a box of donuts. I decided to reward myself for a summer well done, and cut a donut in half. I enjoyed the sweet, delicious goodness… and ultimately ate three full donuts… and over the next few months, I gained everything back.

After this incident, I resolved that the next time I would go forward and fight through the all the challenges in order to successfully arrive at a healthy weight, it would be for life. No more dieting. It was time to stay fit and healthy forever. 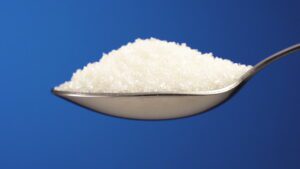 It was very important for me to recognize that I’m an addict. My body reacts terribly to sugar. When I eat it, I just want more and more. In fact, I’ve noticed that when I’m eating sugary foods, all I’m thinking about is the next bite. I react with such horrific addictive tendencies, I knew my only choice was to avoid these products entirely. And here I stand, nearly three years later without eating cookies and cake and pie and ice cream. And believe it or not, I don’t miss any of it.

Here I stand, nearly three years later without eating cookies and cake and pie and ice cream. And believe it or not, I don't miss any of it. Click To Tweet

Cutting sugar out of my diet was a challenge… until it wasn’t. It takes about two weeks before the cravings subside. I’m not going to lie. Those two weeks are awful. It’s all you want to eat. You find yourself pulled toward the cupboard or fridge. Fighting against your body’s tendencies.

And then one day, the cravings are gone.

Now I can sit at a desk with a stack of freshly baked cookies right in front of me, and I won’t take the smallest nibble. It won’t be challenging. I can ignore it, and all is well in the world.

But severe sugar reduction can only take me so far. As of about two months ago, I couldn’t seem to dip below 180 pounds. And it was driving me crazy. I eat clean and healthy most of the time. I exercise a lot. But that silly scale just wouldn’t budge. Further weight loss felt impossible.

For only the second time in my adult life my scale went below 170 pounds. I’m still shocked when I see numbers that low. And very excited, since it gives me renewed hope that some of my loftier goals might still be achievable.

Unfortunately, I often try a lot of new things, so it’s hard for me know 100% what’s caused the changes. But I have three theories, and if you struggle with weight loss, I suggest you give them a shot as well: 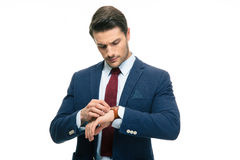 I was watching this video and I knew immediately that time-restricted eating was something I wanted to attempt to incorporate in my own life. The basic theory is like this: Everyone, everyday should have a window when they eat, and they should not be eating outside that window. The clock starts ticking the moment you put anything in your mouth that impacts your metabolism (which very much includes coffee).

The eating window can go as low as eight hours, but in its simplest form should never exceed 12 hours. What does that mean? If you sipped on a cup of coffee at 8AM, you should stop eating by 8PM.

According to the video, this inherently helps. It’s your body doing things like it’s supposed to.

That might be true. But I saw side benefits right away. First and foremost, it was the only thing I ever tried that successfully got me to stop eating at night, one of the worst things you can do for your health. It also helped me to improve at not eating in general. In order to be able to do the system correctly, I would need to delay eating in the morning, which over time has taught my body how to not constantly crave food. In addition, I found myself getting fuller quicker.

And finally, the process has made me more mindful of food in general. I think about what I eat much more. I slow down and appreciate things more than I did before, and I often make better choices, because hey, why would I do all of this in order to still not be healthy? And so I found myself in every way making healthier choices. 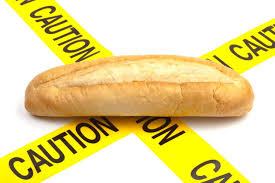 Certain things in my life have led me to severely reducing my gluten intake. Now I’m no wacky, Los Angeles hippy who thinks gluten is the devil. But in order to accommodate important people in my life with gluten sensitivities, gluten has become far less prevalent in my diet. And there I was, likely eating the same amount as before. And often eating very similar foods (rice pastas, etc), but with the pounds pouring off.

Now if I ever found out definitively that it is gluten that’s causing me to hold on to all that extra fat, all I can say is that I’m more than happy to cut that crap out of my diet for good.

Finally, there’s always the classic “try whatever you can” approach to weight loss. Drink apple cider vinegar or grapefruit essential oil? Sure! Why not?

As long as they’re not invasive or insanely expensive, and there’s a good amount of evidence to support the idea that they could help, I’ve been trying to get my hands on whatever I can.

Something’s helping. Something pushed me past the annoying plateau I was trapped on earlier. I don’t know what it is. But I’m grateful. Now let’s see if I can truly accomplish each and every one of my goals!