Voting? I Didn’t Do It

I didn’t vote in the last US elections.

Yeah, I know. I’m an enemy of democracy. I am a threat to the American dream.

But if you hear me out for a second, maybe I have a point or two.

So why didn’t I vote?

The simple answer is: I wasn’t available. My flights to Israel began on November 6th, 2016, and I arrived on the 8th. Ironically, I probably knew more about what was happening in the election because of this. In a jet lagged stupor I wandered around Jerusalem at 4AM, and I was quite surprised to walk past numerous sports bars offering all night election coverage.

So… I didn’t vote because I couldn’t. I’m good to go, right?

Except my sometimes unfortunate urge to be more honest than I should be is preventing me from ignoring the simple fact: I wasn’t planning on voting anyway.

No One To Vote For 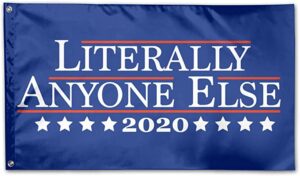 The simple reason, which I’ll address in depth, is I have been disillusioned with the office since as far back as I can remember, and far more so with these particular candidates. But I’ll get back to that.

First, I want to address those who have responded angrily to me, and accused me of non-democratic behavior. I think they are a tad confused about how freedom works. Why is my right to not vote any less important than your right to vote? Once people are forced to vote, either through laws or overbearing social pressure, than our totalitarian attitude isn’t all that much greater than a society that doesn’t allow citizens to vote at all.

Now, my main reason for not voting was that neither candidate did anything for me.

Maybe it’s a trite point, but I’m still floored at the notion that in a country of 360 million people, many of whom are absolutely fantastic, brilliant, hard-working, and moral beings, we can’t seem to put anyone fitting that description on the ballot.

I’m not one of those people who hates all politicians or wealthy folk or people in power. Quite the contrary. I’m sitting back, avidly watching, hoping to become inspired by everyone I see. And falling short. Every. Single. Time.

I want a president who vigorously pursues peace around the world, not one who is just looking for fame and glory. I want a sincerely good person striving to make the world better than the one they found.

But what do I get? False promises, painfully biased and dishonest attention grabs, more and more violence, and people who disgust me rather than inspire me.

I want a president who vigorously pursues peace around the world, not one who is just looking for fame and glory. I want a sincerely good person striving to make the world better than the one they found. Click To Tweet

Barack Obama and the Armenian Genocide 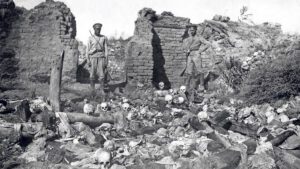 For a moment, I’d like to speak about our previous president. Full disclosure, I did not vote for Barack Obama, nor was I a fan of his politics, for the most part. However, I got caught up in the hope and magic alongside of everyone else. You’d have to be insane not to recognize the significance of what his presidency represented.

In addition, he seemed to inspire hope. We hoped things could get better. We hoped international relationships would get closer, and the world would finally get smaller for all of us.

And in a small inaction, my hopes were repeatedly demolished.

Many are unfamiliar with the Armenian Genocide. If so, get familiar. It’s your responsibility as an educated person and a believer in the innate value of all human beings. In short, the Armenian Genocide was  the Turkish government’s massacre of 1.5 million Armenians from 1915 to 1923.

For an assortment of political reasons, many countries are reluctant to publicly acknowledge the event, or at least the severity of the actions by referring to them as a “genocide”.

Barack Obama criticized others for their stance, and promised to use the word “genocide”. To not hold back on his moral duty to do what’s right even if it is unpopular or politically complex.

But he did hold back. He shirked his duty and broke his promise, and yet again reminded the American people that all the talk in the world will not stop politicians from being politicians.

A President I Want

Why can’t we get legitimately amazing people into the office? Arguably it’s inherent in the position itself. It lends itself to seeking honor and fortune, and the greatest people among the society shy away from such trivial things.

I want a president who I can look up to. Who I admire. Who I think of as a great and inspiring figure, not a liar, or an adulterer, or a nincompoop reality show star. And I cannot place my vote for anything less. I will not waste my time showing up to the polls to “choose the lesser of two evils” or because of thoughtless social pressure.

I will only vote for someone worthy of that choice. 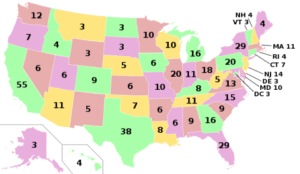 Finally, I want to address the futility of voting in general. Since we were children we are taught the importance of voting. We need to make our voices and opinions heard!

But the reality is so very different.

The United States election is still run by the highly inefficient and antiquated electoral college. Everyone complains about it; but nothing ever changes.

I’ve lived in New York, Maryland, and Kansas, three states that with almost no exception always vote democrat, democrat, and republican respectively. If I vote the other way in any of these states, my vote (and time) are literally wasted. And you can try and explain that the voice is still heard, but does anyone honestly believe that?

Millions of people across the country cast a vote that gets tossed in the trashcan. Are we really supposed to believe that tons more people wouldn’t come out to vote if their voice actually mattered?

Every year I watch as some states’ polls are still not closed when the election is already complete. Are we really supposed to believe that tons more people wouldn’t come out to vote if their choice was still relevant?

We’ve pushed ourselves into such a corner, where politicians pander to swing states and ignore the rest of the country. And it’s just some type of peculiar game where everyone is trying to beat the system laid out for them. 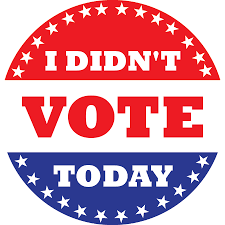 So I’m being told to choose a candidate I don’t want in an election where my vote is worthless.

Why should I bother voting?