If I want to be honest, the next nearly two decades of my religious development are a blur to me. I recall pockets of influence and impact along the way; but, I was essentially on a powerful upswing until recent years. 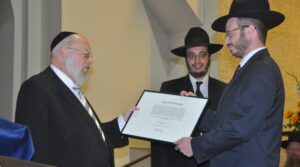 In 2005, I received a rabbinic ordination from Yeshivat Hamivtar. I worked hard for three years, passed all my tests, and then headed out to America to “change the world”. I was on a bit of a religious high, and all I wanted to do was share any knowledge I had with others. And that’s what I did for the better part of the next decade.

When I moved to Kansas in 2013, I had already switched my mindset around a bit. I was veering out of religious education, and entering the realm of teaching computers and working with educational technology.

Yeah, I had earned that “rabbi” title, but I had spent the previous eight years being a rabbinical educator and role model, and I was getting a bit tired of it. Sometimes it’s more fun to just be “one of the guys”.

Two noteworthy moments in my time in Kansas

Once I was invited to someone’s home for a Shabbat meal. Someone introduced me as “rabbi” and I told them they should call me “Yitzchak”. Someone across the table from me leaned over and whispered that people don’t like that. They want to call me rabbi. In fact, I learned as time went by, the community was nearly obsessed with showing off how many people had the title. They never tired of pointing it out, even if some of the titles were never technically earned, but just given due to a person’s nature or stature.

The other time was rather comical.

I was sitting and playing Card Against Humanity with a group of friends. This was the second time we had all played together. If you’re not familiar with Cards Against Humanity, it’s pretty much a (very) adult version of Apples to Apples. Lots of fun. Not very appropriate.

As we were playing one of my friends kept on calling me rabbi. I requested she use my first name, and she said she wasn’t so comfortable and asked when was the appropriate time to make the switch. I smiled and said that when playing Cards Against Humanity for the second time is a pretty good time to start.

Difference Between Rabbinic Ordination and PhD 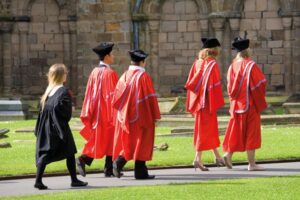 Anyhow, it needs to be noted that there is a drastic difference between getting a rabbinic ordination and, say, getting a PhD.

There are two primary differences in my mind.

First, yes, to get the ordination, you are usually in some type of study program. You must pass a battery of tests. But I think most people familiar with this field of study know that it’s a means to an end, and highly unrepresentative of knowledge in the field.

There are countless reasons why this is the case. There are many who spend their lives immersed in Torah study, without any intention or interest in receiving a piece of paper that said they did so. And whereas ordination covers a limited batch of topics on Jewish law, there are vast other subjects out there that one can study. And many of those topics are far more useful out there in the “real world” than the ones covered in an ordination program.

One who receives a PhD in literature earns the title “doctor”. And even though there might be someone out there with more literary knowledge, without a PhD they do not get the title. The title follows the path of study and completion of the program, not the quantity or quality of the knowledge.

Expectations of the Ordained Rabbi

Second, a rabbinic ordination comes with it an expectation of behavior. A professor of any subject need not like the subject matter for which they received their doctorate. There is no expectation of a moral lifestyle. Nor an expectation they will attempt to impart their knowledge upon others. And even if they were to speak out against the subject matter for which they received their degree or were to live a wildly immoral lifestyle, the fact that they earned their title means it will stay with them forever.

This is not the case with a rabbinic ordination. There are countless requirements that determine whether or not the credentials still remain. The least of those requirements is living up to the ideals of the Torah. If someone speaks out against the Torah or its values, practices a different religion, or is generally a lousy role model, leading an inappropriate and base lifestyle, they are behaving within their rights as a human with free will, but they are forfeiting their right to be called “rabbi”.

Rabbinic ordination is not just a piece of paper and a permanent title. There is an expectation of belief, behavior, lifestyle choices, and appearance to the outside world.

And here I stand

I received my piece of paper. I did the work and earned my title. And I worked in the field for years, and deserved any honor that came along with that.

But times have changed.

Any knowledge or skills gained through my studies are still intact, for the most part. But I am not who I was then. 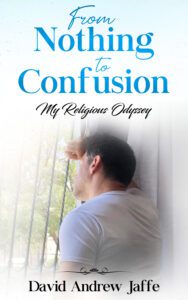 My beliefs are ever-changing. My actions and behavior are in flux.

And I sit and do customer support for a living.

I am not acting in any rabbinical capacity. And, frankly, I’m at a low point in the intensity and depth of my beliefs and practices (with the hope of a future comeback). To call me “rabbi”, thus, is essentially downgrading what the title means to me.

In the spirit of Groucho Marx: Why would I respect the rabbinate that claims me as a member?

Please, then, don’t call me rabbi.

2 thoughts on “Don’t Call Me Rabbi”