A while back I wrote about the 15 people in Israel I could do without, a little lighthearted (hopefully) poke at this wacky place and some of the difficult Israelis who reside here. I think it’s more than due time for a few more, such as the complex array of folk at the grocery store (see #4)!

1) The Reluctant to Acknowledge Crosswalks 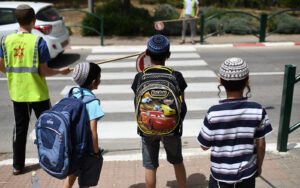 I get the feeling every time I walk across a crosswalk that the drivers in the land of Israel are still quite reluctant to acknowledge their existence. So about ten times everyday one or more drivers make me think I’m about to die.

Some drivers are nice enough to stop… in the middle of the crosswalk. However, others like to keep my heart rate pumping by choosing to slow down right at the very last moment.

I actually had a man rapidly pull right in front of me, stop in the crosswalk, roll down his window, and laugh at me.

Not what you’re thinking. Get your mind out of the gutter!

After a complicated and painful history, the Chosen People’s voices must be heard!

I can’t speak for the women’s room experience, but I can safely say that proper men’s room etiquette is likely not a part of the Israel education system. Another Israel pastime is wandering from stall to stall, searching for the one miraculous seat that has not been tainted with another man’s bodily fluids.

4) The People in the Grocery Store

The grocery store has quickly lodged itself into my psyche as one of the most stressful parts of living in Israel. It’s as if all employees and every customer has come together in a solemn pact that when they enter the grocery store, they leave all semblance of humanity behind. 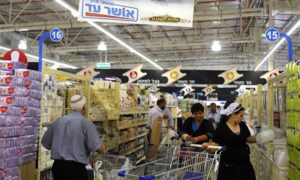 Just three things I’d like to say about the grocery store experience here in the Holy Land:

The grocery store has quickly lodged itself into my psyche as one of the most stressful parts of living in Israel. It's as if all employees and every customer has come together in a solemn pact that when they enter the grocery store,… Click To Tweet

Yeah, yeah, I know. The smoking problem is a huge one. It’s not funny. And I and others have been harping on about it for years.

I wanted to speak of a specific type of smoker who irks me. It’s the one who will walk up next to you, pretty much anytime, anywhere, and just nonchalantly light up a cigarette without a concern in the world that they might be bothering someone.

Pardon the crudeness for a moment, but I see no difference between this and someone who sits down next to someone and flatulates loudly, proudly, and with a pungent after effect. Part of me wishes I could do so right on the spot whenever someone lights a cigarette next to me. “Oh, I’m sorry. Was that impolite? Does the smell bother you?” 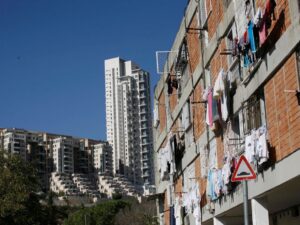 What do you get when a neighborhood in a city is immensely popular, apartments are in lousy shape, laws pretty much do nothing to protect renters, and owners take no pride in the apartments they own?

Dilapidated, nasty apartments with problems galore and landlords who couldn’t care less that you exist, so long as you pay the overpriced rent.

For questions I’ve sent via email since moving back to Israel, I think the response rate I’ve received is hovering around 4%.

Having email addresses on Israeli websites is as useful as the ‘open’ signs in stores that are never turned around or the posted hours that absolutely no one adheres to.

Strikes make Israel appear like the Keystone Cops. Several mornings this year I had to wait until my child received text messages from friends to find out whether or not he would have school that day, due to a possible teacher strike. I’ve wandered past mounds of trash and dumpsters on fire during garbage strikes. And that’s just the tip of the iceberg of who goes on strike here. 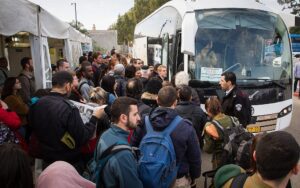 This is usually a malady of a youth incapable of perceiving the worth of humans over inanimate objects, the slowly swelling crowd, or the unspoken anger of nearby passengers.

A few times I’ve been on a crowded bus with a young person consuming up to three seats. One for their weary tush, one for their hardworking knapsack, and one in front of them for their belabored feet. And for some odd reason they are surrounded by a slew of tired, overworked adults who are uncharacteristically polite and patient in not shaking the youth into realizing his errant ways.

If you haven’t almost been hit by one of the three as they raced past a red light, weaved between cars to get a better spot in traffic, or while zooming around in pedestrian-only neighborhoods, you’re either extremely lucky, or don’t spend much time outside.

Bonus: Those Who Can’t Move On

Did you every meet one of those people who no matter how long they live in Israel, no matter what type of experience they have here, and no matter how hard times may have occasionally been in their previous residence, they just can’t move on? They just can’t accept that things are different here and will never be like their glorified country of origin?