I recently finished reading Planting and Building: Raising a Jewish Child, a translation of Rabbi Shlomo Wolbe’s original. It was a pretty solid, concise read. The author is extremely honest, often stating principles at odds with the accepted practices of his community, principles important for any parent, regardless of religion or religiosity. I wanted to highlight some of my favorite moments, with a bit of my own commentary.

1) The Jewish Child and Thinking About The Future

“If you force him into a different track, one inappropriate for his nature, he will indeed listen to you now, and you won’t notice that any damage has been done… when he matures and no longer fears you, he will no longer listen to you.” (p. 28) 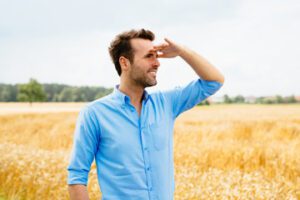 I have a friend who used to pressure his son to go with him to his synagogue. When the son was older, he was a fantastic, God-fearing young adult… who never wanted to set foot in that particular synagogue again.

We as parents can so often think that our coercive or intimidating methods are effective. But we are being wildly short-sighted. The long term result is almost inevitable failure.

This would be like the teacher who sees the child sitting quietly in the classroom after being angrily chastised. The teacher might feel pride and joy at their brave accomplishment. How does that teacher feel when the student grows old and still feels angst toward school in general, and that teacher in particular? How does that teacher feel when he learns two decades later that this student still avoids that subject matter, since it just makes him feel the pain of the classroom?

We must learn to look at the future of our children, as daunting as a task it might be. We must sometimes sacrifice immediate results for far more important, long-term goals.

We must learn to look at the future of our children, as daunting as a task it might be. We must sometimes sacrifice immediate results for far more important, long-term goals. Click To Tweet

“Screaming at a child is as bad as, or perhaps worse than, spanking a child… when a father screams at his son, the child is so terrified that he begins to tremble… True, it is difficult to control oneself: When the father returns home… tired and hungry, and of course the children want  to jump on him… the children refuse to go to bed… a father might get angry and begin to yell… Yes, it is very difficult to control oneself in such a situation. Nonetheless, screaming damages.” (p. 37) 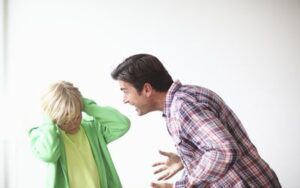 I am thoroughly intrigued by the notion that causing fear can be as if not more damaging than actual physical violence. But not terribly surprised.

I’ve often quipped as a teacher that girl bullying is infinitely worse than boy bullying. Boys generally bully with their fists. For sure it’s not good, but it’s easy to spot when it’s happening, the damage is usually temporary, and there are countless ways to counteract this, including learning to fight, learning to stand more confidently, and just getting bigger as time goes by.

Girl bullying on the other hand is a whole different beast. It’s subtle and evil, and the damage it does can linger for quite some time if not forever.

Nevertheless, society has come to associate most bullying with the former, and most abuse in general with a physical act. But those in the know realize that mental and emotional damage is far more potent, and lingers for much longer.

So it does not surprise me that yelling at a child (an act all parents have done and continue to do) can cause real long-term problems.

I’ve often said there is no greater character trait for a parent to obtain than patience. And there is rarely a time when one can look back at having yelled at their child with pride, feeling the situation was handled in the best possible way.

We should all be blessed with enough patience to be firm yet calm no matter what parenting complications come our way.

“Parents often deceive themselves into thinking that their primary concern is their children’s education, when their motivations are really selfish… We see the child as our property. We think that his purpose on earth is to benefit us, the parents… What happened to the principal that we should “Educate a child according to his way?” (p. 42-43)

Ah, what a trap this is! Why should they not act according to our standards? And why should we not have very specific expectations of someone who owes everything to us?

Why? Because they’re free-thinking human beings, with their own strengths and weaknesses, their own preferences, dislikes, and idiosyncrasies. We need to raise each and every child to be the best them, not to be some idealized image we’ve created that we wish for them to become.

All children will be better served by giving them space to grow, with support and encouragement, and ample opportunities to fearlessly learn from their mistakes.

4) The Jewish Child and the Dinner Table

“Shabbos [Shabbat or Sabbath] should… be attractive, not oppressive. We should not force children to sit at the Shabbos table for an entire meal. This is too difficult for them… ” (p. 54) 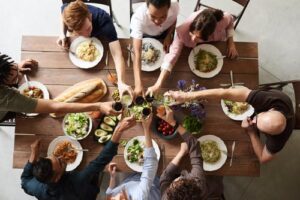 Hard to forget a time I sat with a family in Bnei Brak for a Shabbat meal. I watched horrified as the father screamed at a small child for breaking the most intricate of laws. The child burst into tears.

The father wasn’t trying to make the experience beautiful. He wasn’t enticing the children with songs and treats. He wasn’t focusing on the amusement of the youngsters at the meal. Just that people looked and behaved a certain way.

Children are not adults. Not that you should scream at adults for small things, but you are entitled to have greater expectations. The inability to be reasonable, and to focus on children being children, simply cannot produce quality long-term results.

“It is also distressingly common that children riding on a bus fail to give up their seats to older passengers. Certainly, this reflects some insufficiency in the schools’ curriculum, but such behavior also reveals flaws in the educational program at home. Parents must teach their children to notice others and care about them. It should be obvious to a child that an elderly passenger needs to sit, and the child should enthusiastically and happily offer his place on the bus.” (p. 59-60) 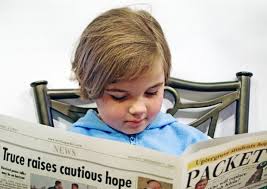 Bus rides are easily within my top five most stressful parts of living in Israel. Whereas I think most adults here are actually exceptional about giving up their seats to the elderly and others, I find that the youth often claim much more space then they should.

I’ve been on crowded buses with a teen sitting in his chair, legs spread out on the chair in front of them with a bag to their side taking another seat. Often they’re shouting on a phone, or even blaring music from their phone. One kid, three seats, lots of noise. Every last bit of this is because they grow up not learning to be aware of the people around them, and it’s very refreshing to find a leader of the community acknowledging this.

Nevertheless, I personally consider this an adult problem. Yes, adults usually stand up for their elders on buses here, but my compliments of their awareness of others around them ends there. I am often shocked at the lack of awareness people show in everyday life, whether it be walking through the grocery store or just up the street.

Years ago I was Youth Director at a synagogue in Baltimore. I was asked by one of my employers to “take care” of the talking problem during the teen services. My response: You will never stop the problem with the teens until you solve the problem with their parents in the adult services.

Our children learn from what we do. If we want caring and kind children who are extremely conscious of others around them, we must first look at ourselves and the environment in which we choose to raise them.

Ultimately, Planting and Building: Raising a Jewish Child is a quick and easy read that despite being geared to the Jewish child, is mostly universally applied to all children. The lessons inside are intelligent, well-written, and thought-provoking.

So if you’re trying to raise a Jewish child, beautiful inside and outside, consider giving Planting and Building: Raising a Jewish Child a look. The future could be brighter because of it!