Welcome to my first ever guest post. ‘No Such Thing as Celebrity in Judaism’ was written by my good friend Gabe Lewin. Gabe and I met during my first year teaching in Baltimore. Out of the craziness of that year emerged a wonderful, long-lasting friendship. And I’m honored to post his beautiful and profound words here in my blog.

A “Celebrity” Came to Town 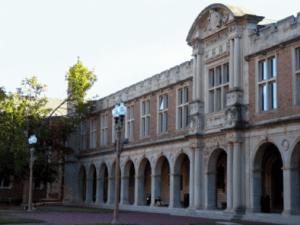 Sometime in the year 2003, the new Chabbad Rabbi at Washington University in St. Louis, Missouri, had invited a new Lubavitch singer to the campus for a small concert, which I did not attend. However, he and his bandmates needed a place to daven (pray) on Shabbos (the Sabbath). They ended up attending Bais Abraham Congregation near the campus. We offered this singer the amud (the opportunity to lead services from the pulpit), but he declined. Instead, one of his associates led, very nicely. We gave the singer an Aliyah (the honor of making a blessing during the Torah reading). 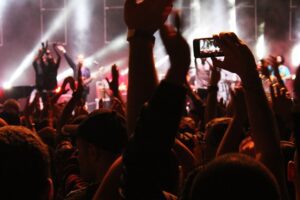 That singer, I later learned and realized, was Matisyahu, who at the time was the Chassidic Reggae pop star that was on the verge of taking over the Jewish world. But to me, he was another Jew in the minyan at the shul (synagogue) on Delmar near the Loop. (A “minyan” is the requirement to have ten adult, Jewish males at the prayer service.)

It’s a fascinating phenomenon. Imagine showing up to the local Catholic Church on Sunday for Mass and sitting next to you is Bruce Springsteen. That just doesn’t happen. But in Judaism, the Maccabeats need a minyan too.

Another story about Matisyahu (before the excising of the beard): My father went to a concert of his a number of years ago at the Vogue Theater in the Village of Broad Ripple neighborhood in Indianapolis. They converted this  vintage 1940’s era movie theater into a concert venue. After the late-night concert (attended mostly by non-Jewish or non observant Jews), Matisyahu called to the crowd. He said, “Can anyone help make a minyan for Ma’ariv (evening prayers)?”

Celebrity? Not in Judaism!

Even the famous people in the Jewish world need a minyan.

Over the years, I’ve had occasion to daven with Jewish musicians such as Avraham Rosenbloom (of the Diaspora Yeshiva Band), Yehuda Green, Yehuda Solomon (lead singer of the Moshav Band), Chaim Dovid Saracik (“Yamamai”), Yussi Sonenblick (Dveykus), Eitan Katz, as well as all members of Simply Tzfat (I’ve also eaten meals at their Shabbat tables). This does not include famous Chazzonim (cantors) either. And, certainly, my list is not anything special nor is it particularly remarkable except in its ubiquity.

This Shabbos I was fortunate to bring my son to a Friday night davening with Gad Elbaz, perhaps the most famous Jewish music star at present. The shul was packed, his voice was in top gear and the tefillah was gorgeous–but it wasn’t a concert. It was opening his heart and voice to Hashem (God) and the rest of us followed in turn. This is the special nature of the Jewish community and the Jewish spirit. That even our most famous “celebrity” members are still connected enough to shake an 8-year-old’s hand and wish him a Shabbat Shalom. 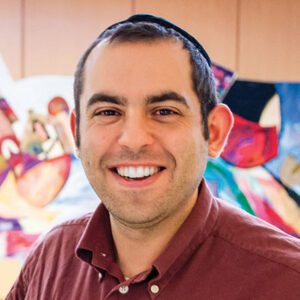 Thanks Gabe (a celebrity himself)!

If anyone would else has some beautiful, inspiring, controversial, or interesting words you’d like to get out to the world but you’re lacking a platform, feel free to reach out to me: jaffeworld@gmail.com