A week ago I woke up and saw a friend’s impassioned post about how devastated she was about the URJ’s decision to close Kutz Camp, the reform movement’s central leadership academy in Warwick, New York.

The news hit me hard, and I’m still a bit queasy thinking about it. I am so terribly saddened by the knowledge that the single most influential location of my youth will simply never be a part of my future. Or anyone’s.

I may have strayed quite far from the path that I learned at Kutz Camp, but the experiences and the memories are a huge part of who I am today. 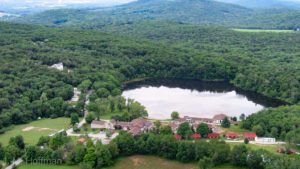 Twenty-two years ago was the last time I stepped foot into Kutz Camp.

For three summers, Kutz Camp was the center of my life. I waited all year to be there. It was truly my favorite place in the world.

However, after that third summer, my religious practices started to change drastically, and as much as my Kutz memories were exclusively fond, it was no longer the place for me. But I still wanted to visit. I still wanted to see all my friends.

The problem was this. I had started keeping Shabbat, which meant that from sundown on Friday to nightfall on Saturday night, I don’t travel or handle electricity, and a bunch of other things as well. Visiting Day at Kutz was on Saturday morning. I didn’t know what to do, so I contacted the director and asked for special permission to stay in the staff lounge for the entire Shabbat. I promised not to emerge except during visiting hours. She categorically denied my request.

Where there’s a will… 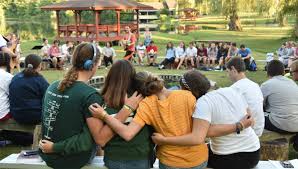 I was bummed. And actually quite pissed. But extremely determined as well.

I went home and started plotting my crazy plan. I tried to find camp grounds within walking distance to Kutz, which ultimately I found. Finally, I made plans to lodge at a Christian camp site about a two-mile walk from Kutz Camp.

And then in the middle of the night, when everyone was fast asleep, I snuck into the camp, woke up a friend, and she and I and a group of old comrades went and hung out in one of the lovely pagodas all night long.

In the morning I snuck off campus, with plans to come back during visiting hours like nothing had ever happened. That’s what I did… and a matter of minutes after I arrived, I was escorted off camp grounds by one of the assistant directors.

They found out what I had done, and they were furious.

And I went back, hung out with some friendly Christian campers for the rest of the day, and went along my merry way.

Sadly, that was the last time I ever visited Kutz Camp, the place that made my last few years of high school not only bearable, but remarkable. In a funny way, it was kind of the perfect way to say goodbye. My Kutz experience was always memorable with a fun bit of tension. Why not say farewell that way as well?

What Was Kutz to Me? 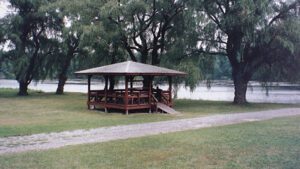 It was at Kutz Camp that I met some of the most amazing people, many of whom I’m still in touch with over twenty years later.

It was at Kutz Camp that I had a class with David Frank that sparked my interest in Israel. This would later lead to my choosing to spend a semester there, the later decision to stick around for a second semester… and the ultimate choice to hang around for another seven years.

It was at Kutz Camp where I tore my ACL. It’s where I met my second girlfriend, the fourth longest relationship I’ve ever been in. It’s where I got in trouble for breaking curfew night after night. During my Kutz experience is when I saw Tommy on Broadway (and sadly Carousel as well).

Three summers at Kutz Camp I skipped around the room on my birthday (once with my pants around my ankles). 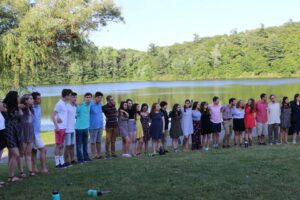 Summer after summer I sang and yelled at song sessions. I participated in Israeli dance classes with excitement and joy. It’s there where a simple compliment from an inspirational teacher sparked a flame in my heart that would lead me on a path toward becoming a rabbi.

Kutz is where I snuck out of cabins in the middle of the night countless times. It’s where one of my counselors put my mattress in a director’s cabin to “punish” me for sneaking out. Well played!

It’s where another summer counselors woke all of us up to Tetris played on a guitar amplifier. Where waking up to find out what pranks were played the night before was an intrinsic part of the summer fun and excitement.

Kutz Camp was where in one evening of intense conversation, friendships could be formed whose spirit would stay with you for the rest of your life.

The nostalgia and the memories are never ending.

Kutz Camp was where in one evening of intense conversation, friendships could be formed whose spirit would stay with you for the rest of your life. Click To Tweet

My first summer at Kutz Camp followed one of the darkest times in my life. I was terrified and yearning for something new and exciting to take my life in a whole new direction. I am beyond grateful that Kutz was there when I needed it.

And I am equally saddened that it will not be around for others who need it in the future.

I may no longer live and die for N-F-T-Y, and my parting from Kutz may have not been all that traditional. I may not have planned to send my children to Kutz. But the fact of the matter stays the same. Kutz Camp and all of the experiences I had there and all of the people I met along the way will always be a part of who I am.

And I’m beyond grateful.

Farewell Kutz Camp. You will be missed by so many.