Israel: What I’ve Learned So Far

So I’ve been here for a year now. It’s been crazy. Lots of ups, lots of downs. I can say for certain I have way more to learn, but I can also say I’ve figured out a few things along the way. I’ve now lived in Israel for a total of nine years, and these are five things I’ve learned about how to succeed here: 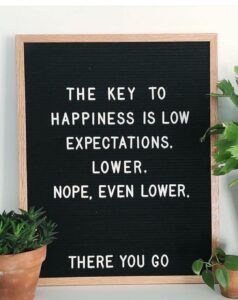 Israel is a very imperfect, challenging, and inconsistent place. Therefore, it’s imperative that a newcomer adjust expectations accordingly, or he will inevitably be miserable here.

When I moved back to Israel, one of the first things I was required to do was visit Bituach Leumi (the National Insurance office). My experiences in government offices in Israel have always left a lot to be desired, and I had heard from multiple sources that not only was this the single worst office in all of Jerusalem, but that I was very likely to be slapped with an enormous financial penalty for not paying my insurance fees during the eleven years I was out of the country.

I went in with the expectation of being there for three hours, getting chewed out and harassed by an obnoxious, unsympathetic government employee, and having my bank account depleted by an enormous, unreasonable fine.

The wait was annoying and it would be a complete lie to say the person I dealt with was pleasant, clear, or helpful; however, I was only there for a half hour and I walked away with no fine whatsoever.

And I was dancing through the streets of Jerusalem, so pleased with my amazing experience at Bituach Leumi.

Recently I was giddy because my landlord fixed the drip in my bathroom ceiling right after I told him about it. I was even afraid to tell him! Why? Years of landlords who ignored my every request. My low expectations made non-exceptional behavior appear phenomenal.

Do this at your every turn in the Holy Land, and you’re bound to love the experience!

It's imperative that a newcomer adjust expectations accordingly, or he will inevitably be miserable here. Click To Tweet 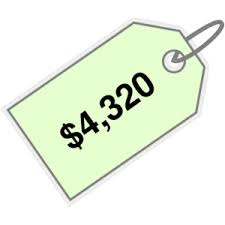 I very much mastered bargain hunting in the States before I left. Amazon was my best friend. I could find almost anything for ridiculously amazing prices, and the quality was top notch. And everything came quickly and in perfect condition.

But that was the past, and I live in a new reality now.

The age old maxim “You get what you pay for” truly applies in Israel. And the process of trying to save a buck can get very, very expensive.

I’ve now had the same experience over and over again. I find an inexpensive item in the store, it breaks rather quickly, cruddy return policies force me to eat the loss, and in the end I have to buy the more expensive version anyway. There’s a difference between bargains and inexpensive items. Bargains include quality with the great price tag. And so far I have found no evidence that they exist here.

If you don’t buy the expensive item right away, ultimately you’ll need to buy it after already buying the other one… so it’s even more expensive now. Better off just skipping the middle man.

3) The Israel “What If” Factor 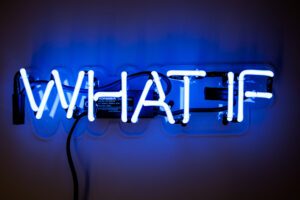 Don’t try and over-schedule in Israel. It’s a recipe for profound disappointment. I find that every day needs to have a minimum of two hours completely void of scheduling, in what I like to call Israel’s “What If” Factor.

If you have every minute of your day planned out from when you wake until you lie down to sleep, something will come up and ruin your plans. Your internet will suddenly stop working and you’ll spend the next two hours on the phone with Bezeq trying to figure out why. You’ll get contacted by a government office that will tell you that you owe money from 12 years ago and when you try and contact them you will navigate a labyrinth of automated messages for two hours. You’ll take a bus somewhere and traffic will be off the charts due to some inane protest. Something will happen! (For the record, all of those examples have happened to me.)

If you save two hours every single day for incidentals, either you will remove the stress of watching your neatly planned life fall to pieces, or you will feel the bliss and harmony that accompanies realizing you have extra time in your day. You can’t lose. Do it, and you’ll be an inherently happier person.

4) The Interrelated Good With The Bad

Everyone in Israel has had experiences with the clerk who just let them go even though they were underpaying. Why were they underpaying? Usually because the store didn’t have enough change or the clerk just didn’t want to be bothered to search for it. It’s a different way of looking at the world.

I was in Chicago a couple of years ago, and needed tires replaced. When I went to pay, their machine wasn’t working. I was in a very serious rush, but they were unwilling to accommodate any of my suggestions, despite the fact that it was their machine causing the problems. I offered a check. Nope. I offered to leave contact information and copies of identifying material, so they could contact me to pay later. They wouldn’t hear of it. Their policy was their policy. And an incredible amount of time was wasted so I could get to an ATM and pay in cash.

But in Israel, in one year of living here I think I’ve gone on the bus maybe fifteen times when their card reader didn’t work. In every instance, they just told me to go on. Their machine didn’t work; I got a free bus ride.

Is this a good quality? You tell me. On one hand, their system caused the error, and they in no way inconvenienced me because of it. On the other hand, why in the world do their card readers never work!?

I think it’s all interrelated. People have come to realize that the systems are flawed, so they’ve learned to adapt to those flaws. The guy in Chicago might have not made my morning hell if this were a daily occurrence. He’d have no customers.

Maybe the members of this wacky nation have become accustomed to things not working, but they’ve learned to deal with it in the best way possible, due to their uncanny ability to just let things go.

5) Letting It Go in Israel 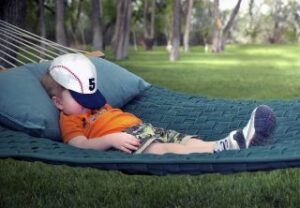 Every society has qualities they excel in and qualities they’re not all that great at. Israelis are pushy and loud, and the customer service is atrocious. However, they have one quality I’ve consistently witnessed that I think is essential for enjoying the Israel experience, and honestly is worthwhile for everyone to become good at.

Israelis are exceptional at letting go.

The typical mental picture is two people on a bus screaming their heads off at each other. To an unsuspecting American onlooker, they are fighting and there is animosity. But: When the bus stops, they smile at each other, say goodbye, wave, and move on. They were never actually fighting. They were just talking.

And this is really a small piece of the greatness of the true Israeli spirit. Israelis take everything in stride, they are extraordinarily forgiving, and they don’t hold grudges.

I was first awoken to this reality when I was in the army. I loathe cigarettes, and everyone on my base was all too familiar with how much I hated them. One very stressful day, a comrade lit up his cigarette right in front of my face. Without thought, and in a moment of anger, I smacked him across the face with a rolled up magazine I had in my hand.

I felt terrible. I later found him to apologize and I was amazed by his response. He looked at me confused and nonchalantly said, “For what?”

Israelis are gifted at moving on and not taking things to heart. Learn how to do that, and you can handle whatever craziness Israel throws your way.

So what have you learned so far about how to make things work in Israel?