Why I Left Jewish Education

I worked in Jewish Education for a decade, nine of those years immersed in formal education. I’m dedicating my next several posts to exploring not only why I left Jewish Education, but why I left with my head held high without ever looking back for even a moment. My hope is that some insights along the way might be beneficial for some who are looking into a career in Jewish Education or are currently struggling with their career.

Even more so, maybe someone who has the power to make a difference will see what I write, and use my words to make some real positive changes. Education is way too important to lose its enthusiastic talent pool to mismanagement of institutions and mistreatment of employees.

My time in Jewish Education was hectic. It took place in four institutions in two states over the course of nine years. What this means is that my stories and lessons will be hectic as well. I’ll do my best to keep my thoughts organized within the craziness that were my experiences

I’ll get the ball rolling with five lessons I learned from year one. Let me stress, the first school I taught at–Yeshivat Rambam in Baltimore–no longer exists. One could write a textbook based on the mistakes the school made. However, the first half would be intelligent lessons any institution could learn from. The second half would be a series of bloopers for which there can be no excuse. Lessons from that list would make for an amazing satirical piece, but would likely just make people scratch their heads and say, “Did they really do that!?” 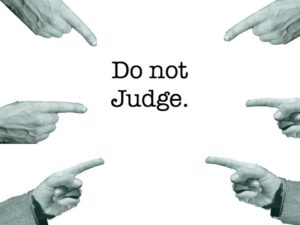 It’s an odd and unnerving feeling to know you’re being judged when standing before your new boss.

I started at Yeshivat Rambam in 2006. The tradition of the school was to hire graduates of Yeshiva University, which I was most certainly not. And as I stood there, I could feel judgment oozing from my new employer. I was not what he was looking for; I was who he got stuck with.

Despite working in such an uncomfortable situation, I persevered. I was brand new to the world of formal education, and had countless lessons to learn. But I grew every day. I had way too many classes for a seasoned teacher, let alone someone who had to create everything from scratch. I was given classes that all the other teachers had rejected. And I had less than no support.

Nevertheless, I succeeded in ways that surprised and impressed many.

With one of my groups, I was told by a trusted colleague that I had succeeded with that group more than any had before me. In fact, when the school decided I was no longer going to remain with them, this colleague argued that very point to the dean of the school. Nevertheless, their minds were made up. Did I make mistakes along the way? Absolutely. Many! This should be expected of a new teacher. Hell, this should be expected of anyone.

In fact, I believe the best teachers often make the most mistakes. Why? Because they take the most risks. Taking risks ultimately leads to innovation and excitement. It also lends itself to more error. Sadly, you can’t have one without the other.

However, I wasn’t let go for my mistakes. I was let go before the school year ever began. I wasn’t what they wanted, therefore I wasn’t provided the support, encouragement, or means to succeed. (And yet still succeeded!)

It should be noted:

When the school let me go, not only was I quickly offered two other full time jobs in the area, but the parents’ reaction to my leaving was so powerful, the principal was forced to offer me my job back. If I need some wry laughter, I can still picture him squirming in his chair!

I may have left the school and found my way into a better situation. Sadly, this remained a part of my story. Sadly, it was the first step in a career that would need to come to an end. I moved on, but an indelible mark was left behind.

The best teachers often make the most mistakes. Why? Because they take the most risks. Taking risks ultimately leads to innovation and excitement. It also lends itself to more error. Sadly, you can't have one without the other. Click To Tweet

Jewish Education: Learn to Know When Your Program Has Failed

Sometimes you learn a lesson that logic might dictate should not need to be learned. Unfortunately, that would be true if school administrators were reasonable people. A theme I will come back to again: For some odd reasons, in many schools often the worst people rise to the top.

I watched that year as hubris drove the principal to continuously pursue inane projects, regardless of any and all feedback received from others, and long past the point when a reasonable person would recognize failure.

Unfortunately, humility is a rarely a trait that pushes one toward school administration. And the wildly arrogant often don’t ask advice of others, or do so without intention of paying heed.

That year at Rambam I watched silly idea after silly idea bomb and backfire, and I watched one man champion those ideas with gusto.

They make for hysterical stories; and they make for unhappy teachers, students, and parents, and a school that no longer exists. So… not  so funny. 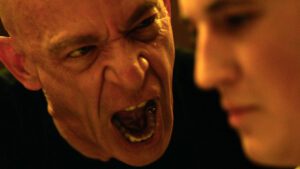 “I love to strangle small children… “

Doesn’t sound so positive anymore, does it?

Words and concepts are, for the most part, inherently neutral without context.

In my first year as an educator, I was assigned a mentor whose idea of mentoring was gratuitously insulting anything and everything I did in the classroom. I dreaded her “help”. She actually once said to me, “Well, it was good to see you actually teaching something today.”

Eventually I requested to move on. I knew I would be faulted for it. I knew in their eyes it was considered hubris on my part, as if I was saying that I did not need to be mentored despite my rookie status. And they completely ignored the mentor moving on to torment another one of my colleagues.

Mentoring is a neutral concept. If you toss mentors at teachers without feedback or any real process of creating quality mentorship, you are tossing money into the wind and doing more harm than good. 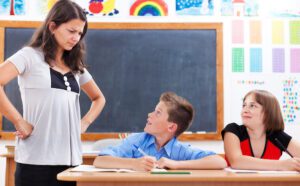 I mentioned earlier I was given a class no one else wanted. There are countless reasons why this concept bothers me. The idea that the most challenging students would be given to the least experienced teacher is borderline criminal.

Big discovery: The so-called “bad kids” were my niche.

Perhaps this is because I don’t really believe in such a concept. And I most certainly should not have in this instance. In some capacity, I’m in touch with almost every student from that class, over a decade later. Many are married with children. They’re all extremely fine adults. One’s a city councilman!

These students were not so much “bad” as they were neglected. They didn’t fail the system; the system failed them. Over and over again. Students can only excel when their teachers treat them as human beings rather than burdens. Many had unaddressed learning difficulties  or attention issues. They were amazing, but severely lacking in people who told them this, or knew how to pull out their gifts.

There is no excuse for a Jewish educational institution to abandon any student. My students were gems left to get dusty by a system that just didn’t care.

Jewish Education: Administrators Should Get Their Hands Dirty 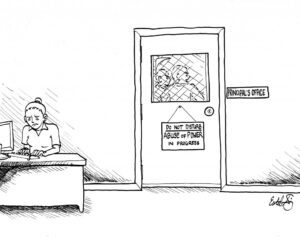 This school had a problem. All teachers were overworked and had minimal free time. Substitutes were nearly impossible to find. We were made to feel guilty if we fell ill. We were forced to chip in heavily in the process of finding our own substitutes.

And I’ll never forget one time explaining to the principal how I needed desperately to miss several classes and had no solution. He stood across from me, nodding, and said, “Yes, that is a problem.”

I just wanted so bad to gently place my hand on his shoulder and calmly state, “Hey, you don’t seem to be doing anything at the moment.”

Contrast this with a future boss of mine. I remember several times my principal offering to substitute for me when, for whatever reason, I was over-loaded or over-stressed. I never took him up on it, but I was always inspired by it.

If they perceive you as hiding in an office, completely unwilling to contribute to the overall betterment of the community when things get challenging, they won’t follow you. They won’t like you. There will be no loyalty. And your school might ultimately be forgotten. (Next article in the series.)

1 thought on “Why I Left Jewish Education, Part 1”