Humbled by a Failed Marriage

When I returned to Israel, I joined several Facebook groups for divorcees. It was a lot of witty banter, some filled with pain, some filled with hope, and most with a great deal of levity. At first I really like and appreciated the groups. But as time went by, I left each group one at a time. It’s not because I don’t need a place to express my thoughts or frustrations about both marriage and divorce. And it’s not because I don’t need camaraderie. Fact is: I strongly need both.

No, I left because the groups made me uncomfortable after I realized many vocal members were not humbled by their experiences.

Nobody sets out to get divorced and nobody is proud of being divorced (even when they’re happily divorced). But everyone who suffers through the experience is absolutely obligated to be reflective, to be humbled, to be just a shred more educated than they were before, and to be worlds smarter about how they approach future attempts at a life of matrimony. 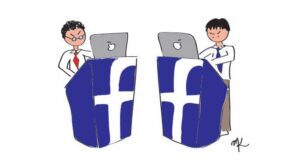 I usually don’t get involved in Facebook debates. For the most part, they are a waste of time, and they pull out of people the worst human interactions imaginable (just beneath YouTube comments as the lowest form of civil discourse).

But this one time I was compelled to speak up. Someone asked a question about who comes first, your children from your previous marriage or your new spouse. Now, first of all, the question was inherently flawed. Life is never that simple. Nothing is ever black and white, and there can be countless variables and nuances that could change the way one might approach that question. And what’s right at the moment could be wrong in five minutes.

Nevertheless, and against better judgment, I got involved. And, as much as this amazes me to even say it, I was highly criticized for stating that the children come first. Some attacks were rude. Some were downright mean. Many accused me of not being ready to marry again. And whereas that is very likely to be true, this was hardly the evidence to prove their point, nor an appropriate thing to say to a perfect stranger.

But the Real Kicker 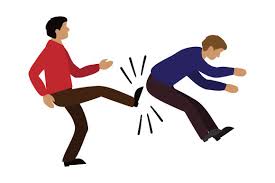 The simplicity of my divorced comrades’ statements was heartbreaking. Many mentioned pithy quotes and paraphrases, and stated confidently that these were “the secret to a good marriage.” Really? Really?? The only marriage you’ve ever been in is over, and you claim to know the secret? Gosh, if only someone had just managed to get to you beforehand and said, “All you need is to put God first,” you could have avoided this whole mess?

Where was the real reflection? Where was the deep knowledge? And where in the world was what should have been inevitable and overwhelming humility?

So I stepped away and I’m unlikely to return.

The Only Marriage Advice I Ever Give 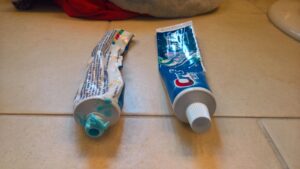 Now, a surprisingly large amount of people have asked me for marriage advice over the years. I find the request bizarre, since I would think I’d be the last person to know how to make a marriage work. And generally I only feel comfortable giving these three simple words of advice:

This is both a giant metaphor… and also quite literal.

You see, the toothpaste tube is something that people have been using their whole life, multiple times a day. They’ve become accustomed to a certain way of using it, and they are by no means ready to change their habits. Some squeeze from the bottom, some from the middle. Some throw it out when it’s near empty, some will manage to eke out of there a whole extra week. And some close the cap like they want to permanently trap the toothpaste, and others are annoyed that a stupid cap is slowing them down all the time.

Then they marry. And they share tubes. But they never speak up, because who cares about a stupid toothpaste tube? And as time goes by, resentment builds in the smallest doses, until this one dumb thing results in a full-blown fight. And it all could have been prevented… by having separate tubes!

The simple message: Small things matter. They just take longer to be real problems. And it’s downright silly to let small things get out of control when prevention is so utterly simple. (In case anyone’s curious… my excellent toothpaste of choice) 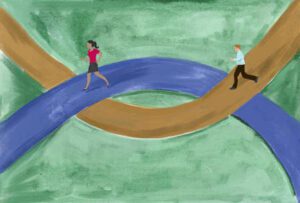 After years of reflection about what went wrong in my marriage, I think I can finally say I understand what happened. My ex and I are both strong-minded and ambitious people. We’re both constantly growing and evolving. The problem was, we didn’t do it together. We weren’t a team. We kept on moving forward, and one day two strangers were looking at each other.

I got married when I was 24, divorced when I was 37. Those are pretty important years of one’s life. If you are not a completely different person after those 13 years have passed, something went drastically wrong. So if you’re not on the same page, and you grow as two individual units, what will happen is inevitable. 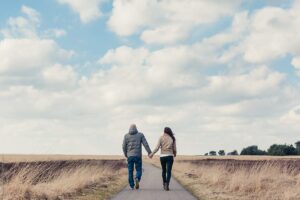 I am not saying to sacrifice individuality. Nor am I saying one party must capitulate to the will of the other. God forbid! Both parties must retain what makes them special and unique. But they need to be on the same team. There needs to be common goals. There needs to be synergistic participation in major life choices and decisions. A couple needs to grow side by side, so that 13 years later they’ve only grown to love and care about each other more.

Both parties must retain what makes them special and unique. But they need to be on the same team. Click To Tweet

This is not simple. It takes constant reflection and constant communication. With the right effort and the right perspective, a couple can walk down the same road to endless destinations. Or they can take separate paths to nowhere.