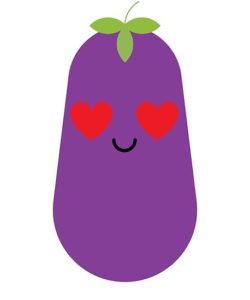 A matter of days had gone by, and our conversation on Facebook started up again. I had decided to switch the conversation over to WhatsApp. One of my favorite pastimes is listening to messages from and leaving audio messages for friends and family while taking various walks throughout the day, like to the gym or with my dog.

And I noticed a few things right away.

First, I was breaking my own rules. Generally, I like to reserve my WhatsApp shenanigans for my walks, otherwise I’ll find myself incapable of doing anything else during my day. All day long I’d be staring at my silly phone, and it would be a disaster for me. I love finishing my work day and feeling like it’s only 3PM and still I’ve already done a million things with my day. If I become a phone zombie, that all goes out the window.

But something was different. I would always listen to Devorah’s messages right away. I would look forward to them and get excited when they came.

Full disclosure: I still look forward to them. And I still get excited whenever they come!

So what was going on in that silly little brain of mine? Hard to say for sure. I recall many years ago I had started dating someone. She lived a good deal away from me, so dating was terribly inconvenient. One day I was doing the classic Israel routine and trying to hitchhike home. Someone pulled up next to me and said he was going to the city where the girl lived. I thought about going there and surprising her… for a quick moment… and then entirely dismissed the idea. And that’s when I knew I wasn’t truly interested. That’s not the way my heart works. If I’m in, I’m all in.

So why was I breaking my rules? Could it be that I was drawn toward this lovely girl?

The Birth of the Mighty Eggplant

The second thing that became screamingly obvious was how much we had in common. Sometimes to an uncanny level.

The first and most memorable was when we were discussing food preferences. She had said something about liking pretty much all foods. At that moment I thought to myself that I was exactly the same way, with the exception of eggplant. Then the next words out of her mouth were, “Well, everything except for eggplant.”

To this day, whenever we find anything in common, we refer to them as “eggplants”. There have been countless eggplant examples, and who knows how many more of them there will be!?

Another favorite in the eggplant batch has a cute story that goes along with it (we were already dating by this point). Devorah has a handful of ex-boyfriends. I was having trouble keeping track of their names, and thought it would be easier if we were just to give everyone nicknames. She referred to one as “Pen Boy”. Well, at least that’s what I heard when she said it.

Apparently it was simply a reference to the fact that he had attended the University of Pennsylvania, and it was in fact “Penn Boy”. That didn’t stop me from devising my own little story of what that nickname could possibly mean. My confused little mind immediately pictured this fantastic video from ‘The Kids in the Hall’ I had seen many moons ago.

Since the beginning of our amazing relationship, we have been discovering wonderful things about one another. And it all started with a long series of WhatsApp messages. Multiple times throughout this epic message-based friendship we were forming we felt like the person on the other side of the phone was echoing thoughts we have expressed many times before. It was uncanny. And it only seemed to get stronger with each message.

And finally I had enough courage to ask Devorah if she would like to “hang out”. My children were about to leave the country for a couple of months, so I wanted to maximize my time with them before they left, but I asked if this “hang out” could happen after they were gone.

And thus we have Devorah and Yitzchak, finally about to spend some quality time together. And neither knowing whether or not this was actually going to be a date. Fear of rejection caused me to phrase things in an extremely non-committal manner. And it wasn’t until we actually brought up the topic that we discovered that we were in fact on a date, and it was 100% what we both wanted.

Well over a month of participating in some sort of twisted dance, and there we were. On our first date. And it was in fact a date! All parties agreed. A pleasant walk, a tasty dinner, and hours of conversation. Our first date lasted around nine hours!

Something tremendous had begun. Something life changing.

In an instant I knew that a part of me that had been hiding for quite some time was reawakened with a vengeance.

Did I know that in just a just a matter of months I would be engaged to this amazing person?

Honestly, a part of me probably did.