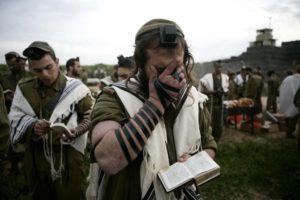 To Serve in the IDF

I went to the Israeli Army when I was in my early 20s, a solid deal older than everyone else in my group. And I quickly learned that I arrived somewhere very unexpected.

I thought I was entering a place filled with excitement and fervor. Dedication and commitment. Pride and a devotion to do anything to serve this great nation.

My disappointment was palpable.

Although my personal experience has little to do with one of the most heated debates in Israeli society, I think ultimately there is a powerful connection.

Haredim in the IDF 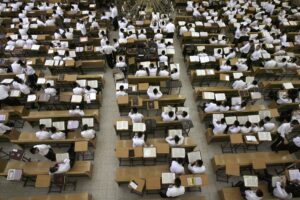 There’s a constant and contentious debate in Israel over whether or not Haredi (ultra-orthodox) Jewish males should be required to serve in the military. To give a drip of background: Every Israeli citizen is required–barring serious medical issues–to serve for three years of military service, starting at age 18. There has been an exemption that applies almost exclusively for these folk since the very beginning.

The general idea is that in lieu of their military service, the Haredim will be studying Torah all day, every day. In fact, during this period they are prohibited from working. The idea is (very oversimplified) that while the others are defending the nation physically in the IDF, those who are studying are, in effect, supporting the spiritual backbone of the country. And in that way, they are keeping the country safe. (Again, this is a drastic oversimplification.)

There’s a lot that could be said about this law. Some might see it as outdated or hokey or even offensive. But one thing cannot be ignored: It is and has been the law for quite some time. There are those who have violated the law in many ways. But those Haredim who were actually studying during the period they were required to, were behaving within the law.

But should the law be changed or scrapped? 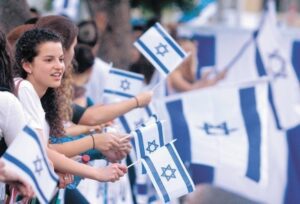 I believe Israel is a unique nation. Its citizens share a history and culture. We stand together knowing that we are surrounded daily by existential threats, and we can lose everything we have in the blink of an eye. We might have lots of bickering and contempt, but deep down we are all in this together, and I’d like to believe everyone knows that. 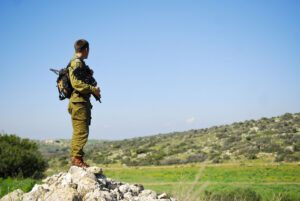 When I joined the army I was shocked. Here you have a privileged American immigrant, shlepping across the world and joining a foreign military. I didn’t know what I should expect from those around me. Surely I didn’t expect bowing or a ticker-tape parade. But after just a few short moments, I would have settled for a gentle nod of extremely mild appreciation. I certainly did not expect, and found it quite jarring, that the most common reaction was shock that I would do something so utterly stupid. The almost-universal sentiment: We have to do this. Why in the world would any sane person choose this?

And I think this relates a lot to the issue of forcing all citizens to serve in the military.

I know why I believe everyone should. And I waited patiently for others to echo my sentiments. And I was greatly, greatly disappointed by everything I heard.

Why Join the IDF? 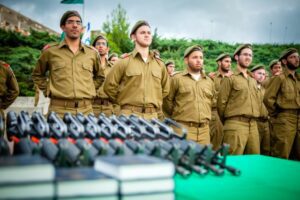 Ideally, I like to think of Israel as one united family. Everyone working together to contribute to the greater good. When each and every citizen fulfills his mission, when they participate in the process of building a great nation, the package is complete. Everyone should enthusiastically want to be a part of the magic. Everyone should run to the induction offices to give of their time and become a part of living history. To become a part of the process of keeping our people safe once and for all.

And they should be welcomed with open arms. When someone is not a part of the family, when someone is off to the side and regretfully not experiencing belonging to something so much greater than themselves, we should feel pity for them. We should feel sad that they are not having this incredible experience that all of Israel’s citizens should benefit from.

But I never heard this. Or anything even mildly similar to this.

What did I hear?

I’m so miserable. Why shouldn’t they be miserable also?

Do you know what kind of an argument this is? It’s a toddler’s argument. It’s the logic of small child. Are we that petty and childish that the only thing motivating our thoughts and our goals is so that others can suffer too? This is like a six-year-old whose Barbie doll gets broken so she runs to her mommy to insist that her sister’s doll gets broken as well.

The Nation of Old 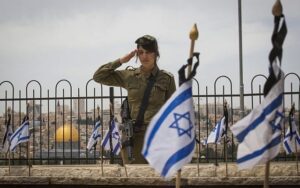 If we were still that nation, if we were still in awe of what we are and how far we’ve come, we would look at those who don’t serve and feel bad for them. We would pity what they’re missing out on. A proud army does not want the service of wildly unwilling participants.

If our only motivation is shared misery, I suggest we either revamp our military so that people aren’t so unhappy. Or we revamp our attitudes and let others just go on doing their thing. No matter what, I don’t want to be protected by those uninterested in protecting me.

Should the Ultra-Orthodox (Haredim) Really Serve in the IDF?