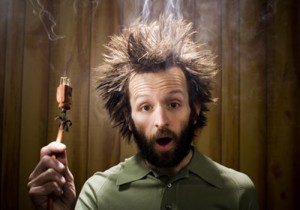 So there I was, trapped again with a confused identity. But with my eyes wide open to any and all influence that might come my way.

I’d like to explore three extremely memorable moments over the course of the following year, three moments that would have a permanent impact on me.

1) Am I a Temporary Breakaway?

I took an interesting class my first college semester. It was a survey of the entirety of Jewish history.

My knowledge was extremely limited, and I was so excited to absorb everything.

As the semester progressed, I started noticing some patterns. For one, the Jewish people always survived against all odds. However, not every element of the people survived. There was sort of a central stream that would always manage to hang on, while other elements fell to the wayside as time progressed.

These breakaway elements fell into one of three categories. There were groups that entirely disappeared, such as the Tzidokim (Sadducees) or the Hellenists. They’re gone forever, not a trace left. Other groups survived, but were barely noticeable many generations later. This would include groups like the Shomronim (Samaritans) or the Karaites. They’re still around, but who ever hears about them? They’re tiny and lack any significant influence. The third group would eventually find itself no longer identifying as Jewish anymore, most notably the Jewish Christians who eventually just became the early Christians, a whole new and separate religion.

Watching the history progress fascinated me.

It almost felt like a movie, and this one invincible central stream represented the good guys, who I cheered for.

And then we arrived at modernity. And the new breakaways from the central body of my people were the Reform and Conservative Movements of Judaism. I felt mighty confused. Historically, these groups are still young. If the patterns continued as they were, these movements would eventually disappear or lose any and all influence, or would cease to identify as Jewish.

But I was a Reform Jew. And I sat there confused as I was inadvertently rooting against myself.

Was I on the wrong team? Had I aligned myself with just another historical breakaway?

Was I setting myself up for future insignificance?

In my previous post, I spoke about how I accidentally walked into Shabbos House, the local Chabad of my university.

I knew I’d return there after my first accidental visit. It was written in the stars. What I didn’t know was my next trip there would be just two weeks later, and it would become my second home in Albany. I jumped camps and became a loyal, semi-permanent fixture.

I went to SUNY Albany hoping to soak up information. I’m from the last generation of Americans who still believed knowledge lay in the hands of professors at universities. My greatest fascination was Judaism, and I was studying the subject voraciously in my classes.

But then there was Shabbos House.

I sat across from Pinchas, explaining my life, my studies, and my aspirations. And he looked me in the eyes and said:

“David, Judaism is like an apple. You can study the fruit in every way imaginable. You can take it to a laboratory and evaluate its color, shape, and smell. And you can analyze its chemical compounds and observe its discoloration. With time, effort, and expertise, you can basically know everything there is to know about this apple.

But David, you see, you will never truly know and understand the apple until you pick it up and take a bite out of it.”

These words were extremely meaningful to me and went straight to my heart. I was “studying” Judaism in the most incomplete way possible.

In order to really understand and appreciate my people and our practices, I would need to dive in. I would need to spend my time with those who were knowledgeable and active, and immerse myself in their world. I needed to see and experience everything up close and personally.

So much to learn. So many things I had yet to really experience.

It was time to take yet another plunge.

3) Shabbat is a Beautiful Painting

It’s been so long since some simple words on paper had this much impact on my life. It’s one of the things I miss so much about youth. Words had more immediate impact. Influence hid around every corner. Cynicism had not fully reared its ugly head. And I could change on a dime with minimal to no consequences.

As part of a Jewish Philosophy class, I read Mordechai Kaplan’s words in “The Meaning of God in Modern Jewish Religion”:

An artist cannot be continually wielding his brush. He must stop at times in his painting to freshen his vision of the object, the meaning of which he wishes to express on his canvas. Living is also an art. We dare not become absorbed in its technical processes and lose our consciousness of its general plan… the Sabbath represents those moments when we pause in our brush-work to renew our vision of this object. Having done so we take ourselves to our painting with clarified vision and renewed energy.

I was already curious about what it would mean for me to begin observing Shabbat (Sabbath). This passage put me over the top. And I gave it a go.

And I quickly fell in love with just about every aspect of Shabbat.

Over twenty years later, despite any and all questioning I’ve done or religious mini-crises I’ve experienced, Shabbat went nowhere. It is just as important to me now as it was then.

And there I was, heavily questioning my Reform “roots”, throwing myself into unknown waves of religious observance, and accepting upon myself the extremely challenging rules of Shabbat.

Yet I still considered myself a Reform Jew.

It was not I who declared something was different. As far as I was concerned I was just repeatedly opening up my menu of informed choice, and gorging myself on all the options.

No. The Reform Movement decided I no longer belonged.