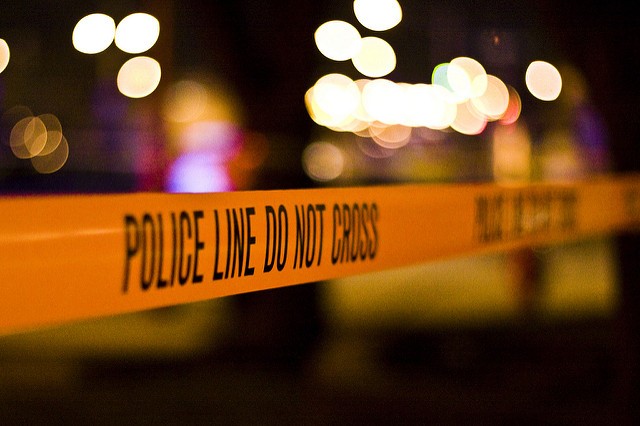 My faith has been interfered with multiple times in my adult life. However, one thing has never wavered, not even for a moment. I believe wholeheartedly that all misery, suffering, and hardships I have or will ever endure, will result in a positive outcome. No matter how hard things may seem at the moment, only one thing stands between the troublesome feel of the current misery and the clear outlook that everything was meant to be. Time. Sometimes you will have the luxury of looking back just a day or two later and knowing why seeming tragedy has entered your life. And sometimes you need to wait many years. But the end result is always the same. At some point along the spectrum, if asked if you would prefer that the terrible event never happened, seeing everything in retrospect with a more refined perspective, you will understand what would be missing from your life and the world had something “bad” not occurred.

One of my favorite parts of being a teacher was when I would ask open-ended, extremely challenging questions to young students. The brilliance and depth of the answers would amaze me every time. When teaching this concept, I went straight to the heart of the matter: “What could possibly be good about a miscarriage?” Of course the answers were always fascinating. Teachers rarely give students the opportunity to freely think through complex problems. When they do, students seldom disappoint. When the answers slowed down, I would always say: My parents planned on having three children. My two brothers were born close together, and over the next six years, my mother had several miscarriages. And then I was born. If it weren’t for those miscarriages, I would not be here.

Attacked… the “Worst” Moment of My Life

The single worst moment in my life was saying goodbye to my children, and watching them travel across an ocean to live apart from me indefinitely. The wound is still fresh. I can see bits of positives that have come from the whole experience, such as it ultimately bringing me closer to my son. However, I still have plenty more to process and plenty of time to do so. But I have had twenty-five years to process the other most obviously traumatic moment in my life. When I was just fifteen years old, I was at an outdoor gathering. I shouldn’t have been there, for multiple reasons, but alas, I was. I had lied to my parents about my whereabouts, and my company was shady at best. A large group approached ours, clearly intending to start a fight. Fighting was hardly my thing, and I had a fair amount of alcohol in my system. I walked away hoping to avoid what I thought was inevitable violence. But people followed me. A group of six people pursued me down an ally and beat the ever-living hell out of me. While I was attacked, a well-meaning person brought me into their home and contacted my parents. They came and brought me to the emergency room, where I needed to get stitches for a giant gash in my hand. I needed to spend the next few weeks on pain killers for my injury, and tranquilizers to calm my nerves, since I was still shaking and sleeping poorly. I had months of physical and emotional suffering ahead of me.

The Good in the Bad

But two great things came from this experience. The first is simple to explain. We parents know that we can tell our kids all day long how we would do anything for them; however, there is no way to prove it outside surprise adversity, which we hardly want. Parents often give speeches to their kids, things they’ve thought about for years. I would unquestionably put my life on the line to protect you. If you get in trouble for defending yourself against a bully in school and they call me to come pick you up, first stop is to get you ice cream. Even if it’s the middle of the night and you lied to us about how you got to where you are, if you’re only option to get home is to get behind the wheel with someone who has been drinking, you can call 24-7 and we will pick up, no questions asked, no repercussions. We say these things. We say them often. But do our children really believe us? I wouldn’t wish upon any parent the opportunity to “prove” themselves to their children; however, when my parents came to get me, and brought me to the emergency room, not only were they angelic from start to finish, but 25 years later I have never been criticized for my lying nor my underage drinking. I have never forgotten how they handled the situation. I never will. And my love for them increases daily. The second result of my attack took me many, many years to realize. And I still realize new things about it all the time.

Change is in the Air

Being attacked made me change several aspects of my life. I realized if I wanted these kinds of things to never happen to me again, I needed new friends and different life experiences. Almost immediately upon opening myself to such changes, a friend invited me to a Jewish youth group meeting, and I decided to give it a try (eternal gratitude to Faith Zuckerberg Fisch). I became insanely active in my youth group. I met some friend who are still my closest to this day. My interest in Israel was first piqued in a brilliant class I attended (eternal gratitude to David Frank). And my newfound love of Judaism had tremendous impact on my college choice, since I needed a place that could accommodate my passion, as well as a possible semester abroad in Israel. It was at SUNY Albany that an accidental trip to a Chabad House changed everything I knew about Judaism, and set me on a whole new life trajectory (eternal gratitude to Pinchas Schreiber). I eventually took that semester trip to Israel, which became a full year, and magically turned into eight years. There I met my wife, had four precious children, and the rest is history. I would get attacked a thousand times over if it meant my children would be in my life. That evening, there was no fight. Only one person was attacked, only one person hurt. Me. I owe everything in my life to those six, sadistic bastards who followed me down the street that night. The best thing that ever happened to me. (Where I went from there)

*Enjoying? Sign up for email updates and never miss a new post again! *Enjoying my writing? Check out my eBooks!
I Was Attacked… The Best Thing That Ever Happened to Me