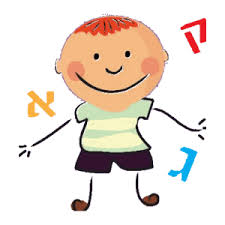 1. Many Of Us Got Stuck in Jewish Education

Unfortunately, years upon years of a Jewish education don’t lead to all that many career choices. Like me, many an enthusiastic student spends several years studying for a smicha (rabbinic ordination), only to find that the world isn’t lining up to give us loads of high paying jobs. 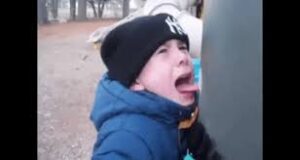 Then there you are. Tired, married with kids, in debt and in desperate need of a job. And before you know it, the only choice open to you is to teach in some form of Jewish day school. I’ll speak about the realities of teaching in these schools later, but for now, it’s important to note that the lack of room for growth–professionally or financially–will likely lead to this temporary endeavor being either permanent or semi-permanent.

And there you have it. Chance and inertia are among the largest contributing factors to who is entrusted to educate your children in a life of Torah and Jewish wisdom and practices. And many of those teachers would leave… if they could.

This is not a problem unique to Jewish schools, but I believe exacerbated there. We all remember that teacher who was good at math or science, but couldn’t teach to save his life.

In many institutions of Jewish Education, your kids’ teachers have no education background whatsoever. And oftentimes their most recent Jewish studies were toward rabbinic ordination. This means that the person entrusted with teaching your child Bible and philosophy has, instead, spent the last several years studying Jewish law.

And to top it all off, the amount of resources available to them, both in how to teach the material and in already available lesson plans, is far more limited than what’s out there for general studies.

So, your child’s teacher (A) likely has no background in education (perhaps the school will give them a mentor… ). (B) They are possibly only a hop, skip, and a jump ahead of their students in their knowledge of what they’re teaching. And (C) they’ll likely have to create all of their materials from scratch, increasing their stress and pressure.

Another reality that comes with such a job is how much of your life is consumed by the role. Yes, you need to work really hard at work, and yes, a whole lot of it comes home with you. But you can say that about most jobs in education.

No, this is something much more all-consuming. 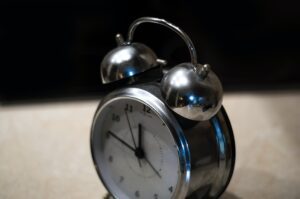 When you work in Jewish Education, you likely live in a community. Whether you go to synagogue or the grocery store, you’re constantly bumping into students, colleagues, and parents. You need to be on your “best behavior” at all times, no matter what you’re doing. Unless you’ve chosen a lifestyle of sitting at home all day, you have no escape from the realities of the role.

For someone like me, who enjoys the freedom and joy of occasional anonymity, this can get quite uncomfortable or even painful.

In my first year in Jewish Education, I recall the other teachers and I walking around a room yelling at kids to pray. We were like the prayer equivalent of prison guards. Once one of the most uncomfortable thoughts hit me: “If I were brought up with this, I would have left a long time ago.”

I chose a Jewish lifestyle at a later stage in life. I never had to endure the process of attending a Jewish school, and I’m quite grateful for that fact. 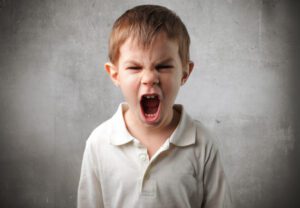 In general, how many people love school or its subjects as a child? I certainly did not. Any subject from my youth I now enjoy, it’s in spite of my schooling. Either I learned to appreciate it on my own and/or much later on as an adult.

People send their children to Jewish schools expecting their teachers to impart a profound love of Judaism. And they spend hundreds of thousands of dollars in the hopes of achieving this. But a school is a school, and kids are kids. It’s fairly likely the schools are pushing away as many if not more students than they are pulling in.

Never underestimate the importance of choosing your school carefully and, even more importantly, providing positive Jewish experiences at home and outside the school environment. There is absolutely no guarantee that your child’s school will have a lasting, positive impact.

In the United States, we are infamous for our lousy foreign language skills. One might think that a K-12 Hebrew education, supplemented with synagogue, rituals, and occasional trips to Israel (and an investment of over $100,000), might thwart the norm. Unfortunately, no such luck. 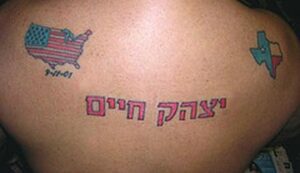 Outside of families who speak Hebrew at home or the occasional aberration, I have seen little evidence of Hebrew fluency from your average Jewish school education. This even applies to the so-called “Ivrit B’Ivrit” programs (literally “Hebrew in Hebrew”, where Jewish subjects are taught entirely in Hebrew).

While studying for my Masters in Education (something else I’ll come back to), I did a great deal of research into language acquisition. And we’re doing it all wrong! There’s a reason the US has such a lousy reputation with all of this.

The only schools that have consistent success with imparting some level of fluency upon their students are the immersion schools. Some of these schools have students studying in the foreign language in question for the entire day. The one’s who do a partial day are careful to ensure the most important subjects are taught in the foreign language. Why? So the students will have no choice but to pay attention or fail.

So what do we do with Ivrit B’Ivrit? We take the subjects the students see as optional or non-essential for success in life, and we put them in a foreign language. All we do is add a further incentive to space out! And we create the perfect recipe for the students to absolutely fail at two subjects at the same time.

How we arrived at a situation where people are willing to spend well over a decade and exorbitant amounts of their hard-earned money for so little a reward, I will never fully understand. All I know is, we could be and should be doing a lot better.

5 thoughts on “Why I Left Jewish Education, Part II”